What the Intelligence Squared Inequality Debate Missed—The Politics of Inequality

Last night, I had the honor of attending an Intelligence Squared debate on the proposition that, “Income Inequality Impairs the American Dream of Upward Mobility.” It was an engrossing debate. Affirming the motion were Nick Hanauer, a venture capitalist know for his pro-minimum wage stance, and Elise Gould, a senior economist at the Economic Policy Institute. Against the motion, were Scott Winship of the Manhattan Institute and former Bain Capital partner Edward Conard. You can watch the debate here.

The debate centered around two main questions: what are the effects of inequality on relative mobility (i.e. up and down the income spectrum within a country) and absolute mobility (i.e. economic growth). These are important questions that Heather McGhee recently addressed in her testimony before Congress. Rent-seeking, particularly in the the political system, is one of the most important questions in this debate, but it didn’t get quite as much time as I would have liked. At one point, Nick Hanauer noted,

At the same time, the percent of—of labor—the percent of GDP devoted to labor has gone from 52 to 42. So that difference is about a trillion dollars annually.  So that -- here's the thing you have to understand. That trillion dollars isn't profit because it needs to be or should be or has to be. It's profit because powerful people like me and Ed prefer it to be. That trillion dollars could very easily be spent on wages. Or—or on discounts for consumers. This isn't a consequence of some magical law of economics. This is a consequence of differentials in power. 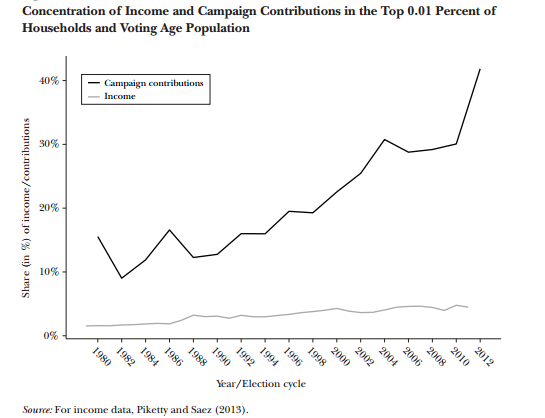 This has lead to nifty advantages, like the deregulation of the financial system that primarily benefited the wealthiest, who own assets. Massive financial deregulation has increasingly allowed for rent-seeking in the financial sector - leading to massive upward redistribution. As Gautam Mukunda writes, “Creative work increases a society’s wealth. Distributive work just moves wealth from one hand to another. Every industry contains both. But activity in the financial sector is primarily distributive.” Asset ownership is concentrated at the top in the United States, so the benefits of returns to finance has primarily accrued to the top, as the chart below shows. 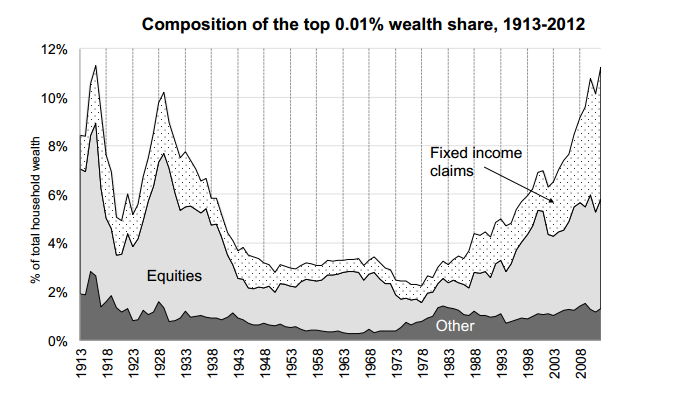 The wealthy also benefited from a reduction in income taxes and estate taxes (See Charts). Income taxes have decreased dramatically and the estate tax has become almost non-existent. The wealthy use complicated legal loopholes to siphon hundreds to billions from the federal government. 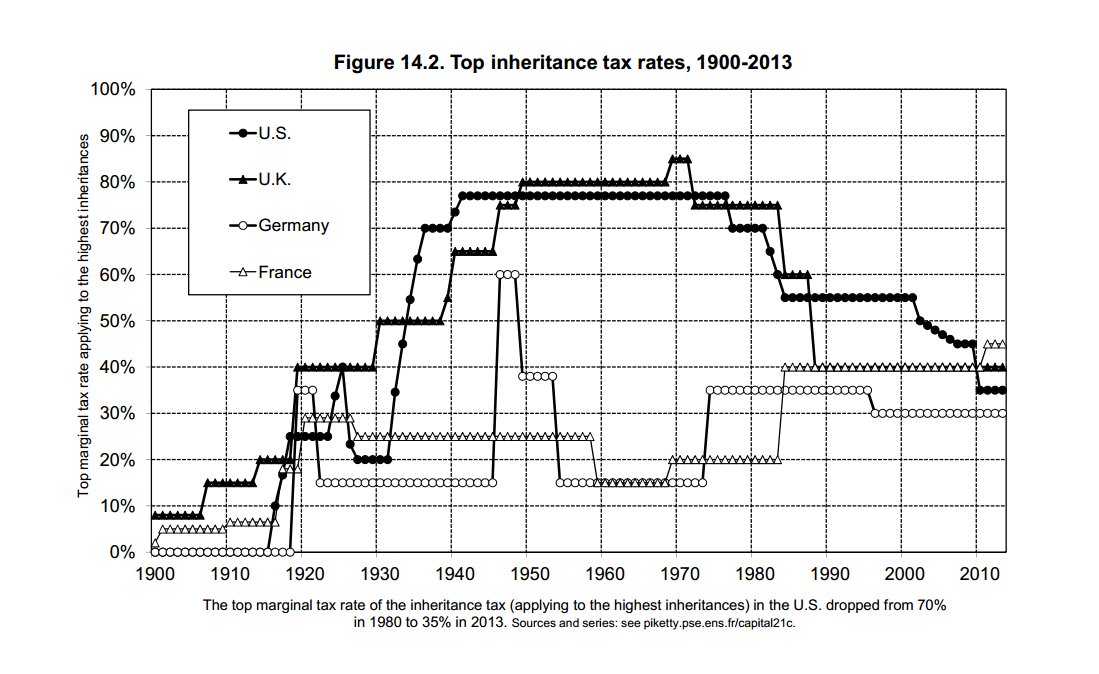 Political power allows the wealthy to entrench advantage - think of how lower estate taxes allow wealth to be passed from generation to generation. The wealthy are far more likely to oppose raising minimum wages, funding education and increasing worker retraining. That is, they don’t like policies that increase opportunity. Now that they have a vice-grip on our political system, they have worked to implement their dystopian vision of an immobile, unequal society. In the end, voters were still modestly in favor of the motion. That’s a shame. But Scott and Edward don’t really need to convince the voters. The rich already won.