Well, that’s embarrassing. McDonald’s sample budget for its employees lays bare the reality of trying to make it on a food service job at $7.72 an hour (mildly above the federal minimum wage of $7.25). That’s the average for a cashier or crew member working 40 hours a week. There are several questionable assumptions built in this budget.

First, they incorrectly assume $20 a month for an independent healthcare plan (without Medicaid eligibility the average is closer to $100), no money for heating, a rent that’s $400 dollars lower than the national average, and no money for food. But the most glaring of all is the unfortunately correct expectation that a fast food worker needs a second job to get by: 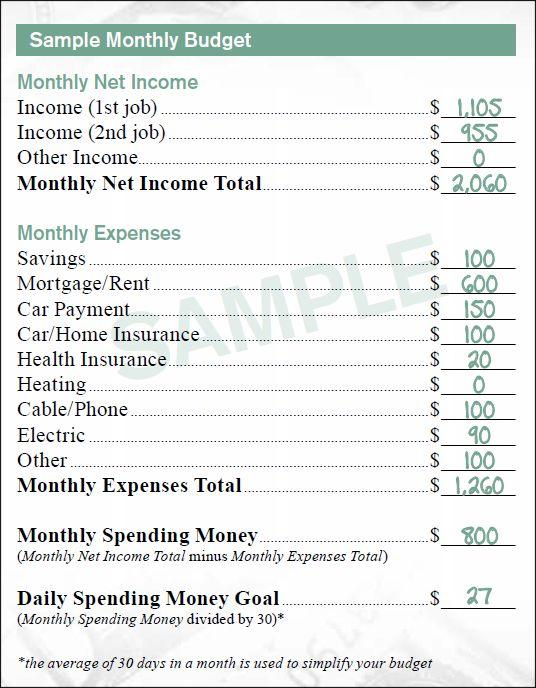 Even with all of the company's rosy projections, without that extra $955 dollars the typical McDonald’s crew member would be underwater.

What McDonald’s also leaves out is that corporations paying below a living wage rely on corporate welfare, often in the form of Medicaid, the EITC, and SNAP. McDonald’s likely leaves those numbers out, even though would they make a marginal difference in the monthly budget, because they would also expose the extent to which taxpayers subsidize McDonald’s bottom line. That subsidy comes even as they earn a profit of over five billion a year.

McDonald’s shoddy budgeting matters because McJobs are on the rise. More specifically, jobs in industries with poor pay and benefits constituted the bulk of the jobs recovered since the recession’s end. And they’re not going to stop. Jordan Weissman at the Atlantic notes that “the BLS projects that food services will be among the fastest growing source of jobs for Americans with no more than a high school degree—right behind retail and home health aides.”

And bad jobs have been getting worse. Even as all professions have lost pay since the Great Recession, the pain has been focused most severely on workers least able to afford it. Since the beginning of the recession income declined the most for low and mid-range workers, a recent NELP report shows. Between 2009 and 2012 the lowest quintile of workers, those making $8.78 to $10.60 an hour, lost 3% of their income and the second quintile, those making from $10.61 to $14.21, lost 4.1%. Poorly paying jobs aren't merely on the rise, those jobs have had decreasing pay, doubtlessly exacerbating income inequality.

We need to revise what it means to be in service work. Although McDonalds posits that low pay can be corrected through smart budgeting, they themselves can’t imagine how it’s employees can survive on $7.25 an hour without a second job (and other unrealistic assumptions). In Retail’s Hidden Potential, Policy Analyst Catherine Ruetschlin models how if big retailers boosted low pay to living wages of $12.25 an hour it provide a substantial boost to the economy overall, as well as funnel money back into the company itself. A decent wage would diminish the government's implicit subsidy of low-wage employers, and, most of all, allow workers to maintain a reasonable standard of living.

That needs to happen and McDonald’s just inadvertently underscored why. Only smart policy, and forward-thinking investment in employees, can make McJobs sustainable.