A Look Back at the Other Swing Voter: Visioning Forward Convening

Christelle Prophete
Laura Williamson
Demos and Boston University’s Center for Antiracist Research hosted a virtual convening to contribute to a growing movement that seeks to redefine who we think of as swing voters.
Image
Democratic Reform

In 2018, there were roughly 16 million Black and Latinx potential voters age 18-29. That’s 7 percent of our nation’s voting eligible population, and growing. Yet, the mainstream political discourse as well as campaign resources are still overwhelmingly focused on the values, policy priorities, and voting behaviors of a narrow, and likely shrinking, slice of the electorate: the white moderate “swing” voter.

Young people of color, Kendi argues, are a decisive voting bloc whose political agency has the power to determine the course of our country.

Dr. Ibram X. Kendi, Andrew W. Mellon Professor at Boston University and the founding director of the Boston University Center for Antiracist Research, first coined the term the “other swing voter” earlier this year in an article in The Atlantic. In the piece, Dr. Kendi calls for a “decenter[ing of] the white moderate in the body politic” and instead a focus on the young voters of color are who are “voicing their agency[,] … swinging, and deciding elections.” Young people of color, Kendi argues, are a decisive voting bloc whose political agency has the power to determine the course of our country.

Demos and the leaders of our Inclusive Democracy Project (IDP) have been putting this theory into practice for years. A network of predominantly Black and Latinx grassroots leaders representing 30 organizations across 15 states, IDP leaders and their communities are relentlessly breaking down structural barriers and tactically empowering Black and brown people to win campaigns and build power.

On September 30th, 2020, Demos and our partners at Boston University’s Center for Antiracist Research hosted the first ever “Other Swing Voter: Visioning Forward Virtual Convening” to contribute to a growing movement that seeks to redefine who we think of as swing voters, and to redirect resources to the young Black and brown communities who are exerting a growing influence on our politics and our nation.

The event—which garnered 1700 views on Twitter and 155,000 on Facebook—highlighted the perspectives, priorities, and power of young Black and brown people across the country.

Demos’ own movement strategists Dr. Carol Lautier and Christelle Prophete moderated panels on important topics related to the other swing voter. Dr. Lautier led a discussion on moving from research to practice with Dr. Kendi and Dr. Cathy Cohen, Professor of Political Science at the University of Chicago and founder of GenForward. Grounded in GenForward national survey data of over 3,000 young adults, Dr. Lautier, Dr. Cohen, and Dr. Kendi discussed insightful findings on how race and ethnicity shape the ways young adults think about the world, identified untapped opportunities for mobilizing young voters of color, and named what is currently missing from dominant electoral organizing. This session was followed by a panel of young leaders who shared their go-to strategies to encourage civic engagement and political education among high school and college students, led by Archelle Thelemaque, a student at Boston University.

Next, Christelle moderated the panel “Electoral Organizing in 2020: Strategies, Challenges & Opportunities,” which featured Ben Chin of Maine Peoples Alliance and Nancy Metayer, Environmental Advocate and former New Florida Majority staff person, both leaders within Demos’ IDP project. They discussed the challenges and systemic barriers that affected grassroots political mobilization in the 2020 election cycle and named the importance of getting involved in local elections beyond national elections. For the last session, Adeline Gutierrez Nunez, staff member at the Center for Antiracist Research, led a conversation on building power through organizing that transcends elections to actual community-led governance between communities and elected officials, which included the voice of another IDP leader, Gabriela Santiago-Romero of We the People Michigan. 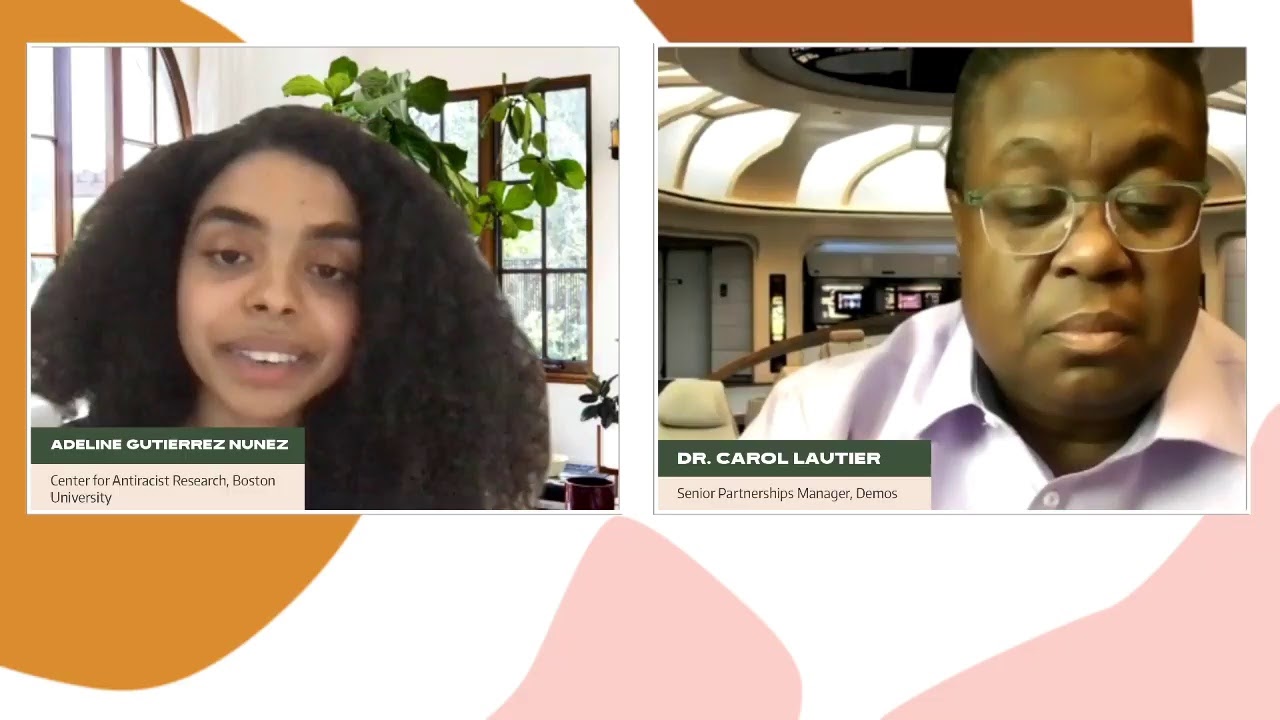 Reflections on a Radically Honest Conversation: Funding Black and Brown Organizations Like We Want Them to Win

It is more vital than ever that Black- and brown-led organizations have the resources they need to combat the many issues confronting their communities and to build durable and sustainable power.
Blog
Caitlin Furio
Image

Reflections on a Radically Honest Conversation: Thinking Boldly About the Right to Vote and the Constitution

How can an affirmative constitutional amendment guaranteeing the right to vote, eliminate the symptoms of a democracy that has intentionally excluded Black and brown people?
Blog
Brenda Wright
Image