Sean McElwee
Automatic registration works by shifting the onus of registration from the individual to the government.
Voting Rights & Access

Great progressive expansions in the United States have always followed mass voter mobilization. Women’s suffrage led to a rise in government spending and an expansion of public health spending that decreased child mortality by 8 to 15% (20,000 children a year). The Voting Rights Act dramatically changed the American political landscape and shifted more government transfers to counties with higher shares of Black people. The abolition of poll taxes and literacy test boosted turnout among the poor and bolstered spending on social services. Today, felon disenfranchisement has shifted more than a billion dollars out of poor and Black communities.

As America slouches toward oligarchy, we need another dramatic voter mobilization. Automatic registration could be the policy to bring that transformation.

Automatic registration works by shifting the onus of registration from the individual to the government. State governments would collaborate with DMVs, public assistance agencies and other agencies with the data necessary for registration, and add all eligible voters to their registration rolls. The practice is commonly used in other developed countries. The impact of such a policy would be dramatic. Consider, for instance, the fact that while the United States has among the highest turnout among registered citizens, it is near the bottom in terms of turnout among voting age population. Across countries, the average gap between turnout among the registered population and voting age population is 3.4 percentage points. In the United States, the gap is nearly three times higher: 30.70%. 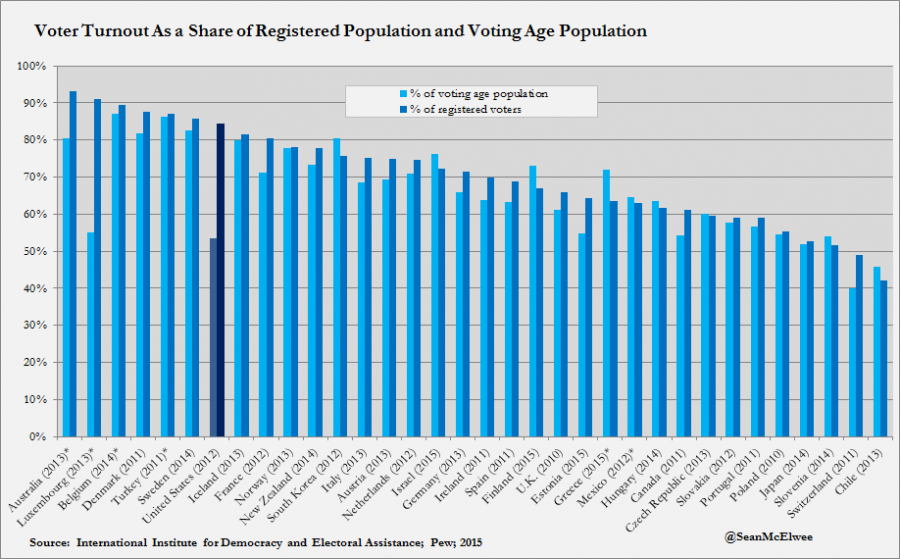 The burden of registration primarily impacts the poor, who are less likely to be closely following the election and face a deeper burden when registering. By making poor people a more viable electoral prospect, AVR would increase the incentives of both parties to court low-income voters. It’s impossible to know how much AVR would boost turnout, but consider in 2012, 80% of those earning under $30,000 who were registered turned out to vote. This compares to a turnout rate among all of those eligible to vote earning under $30,000  was only 51%, 29 points lower. 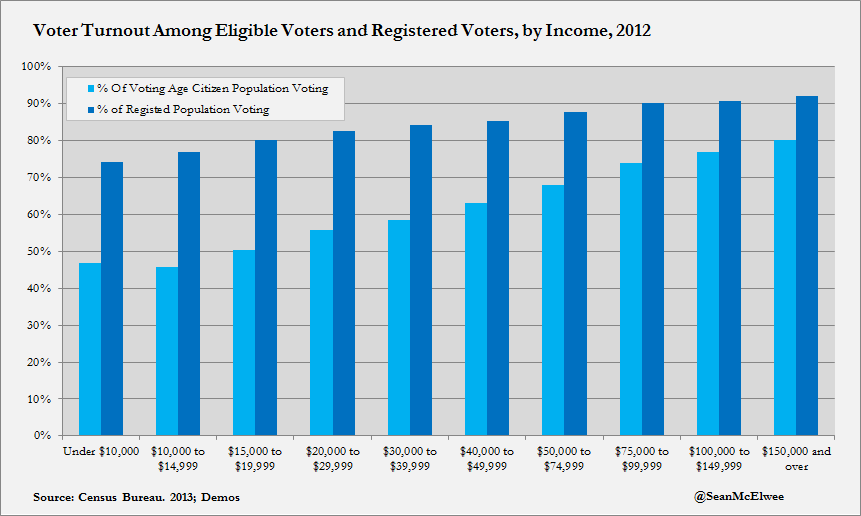 Research shows that where poor voters are more likely to turn-out, policy is more favorable to them. Further, I’ve shown repeatedly that non-voters are more supportive of progressive policies than voters.

Automatic registration is an integral part of getting a more responsive government and a more equitable society. 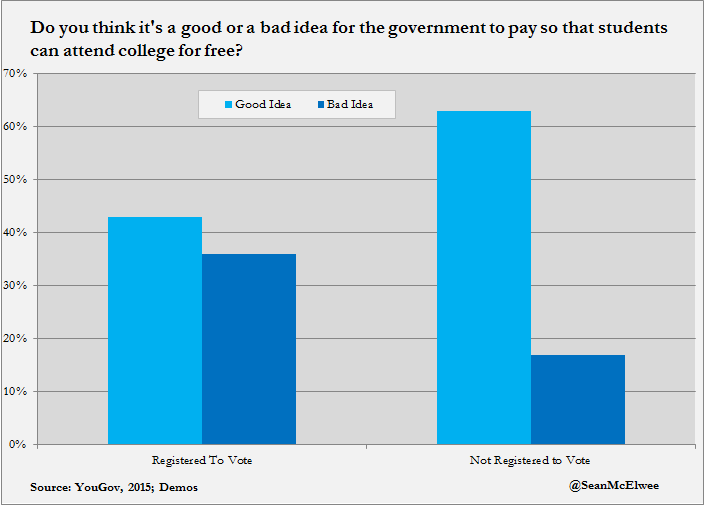 Recently I discussed the implications of mass mobilization of the poor with a prominent political science professor who studies the issue. “It would entirely re-shape the country,” he told me. Democracy is the only antidote to a political system that overwhelmingly favors the rich.

For everyone to have an equal chance in our economy, they need an equal say in our democracy.

Still Fighting for Voting Rights 57 Years after the VRA