In April 2015, Walmart implemented a $9 an hour minimum wage for all of its 1.3 million U.S. workers, and committed to pay all current workers at least $10 per hour by February 2016.1 This is an important step from the country’s largest employer and in particular for the retail industry, where low-wage, unstable employment is the norm. The raise is particularly welcome news for women, who make up 49 percent of the retail industry’s 16.6 million workers, but 55 percent of its low-wage workers.2 However, the industry needs to do more to ensure that retail jobs are good jobs, particularly for women, on whom its unfair and unpredictable scheduling practices fall the hardest. Walmart, with more than 800,000 female employees in the United States,3 has the unique opportunity to lead the industry by committing to a living wage and a comprehensive, fair scheduling policy.

The Gender Pay Gap and Women in Poverty

Women earn less than men across nearly every occupation and industry, but the gender pay gap in retail is particularly stark. Lower pay among women in retail contributes to over a million female retail workers living in or near poverty, and makes it difficult for the millions of families who rely on these women’s paychecks. 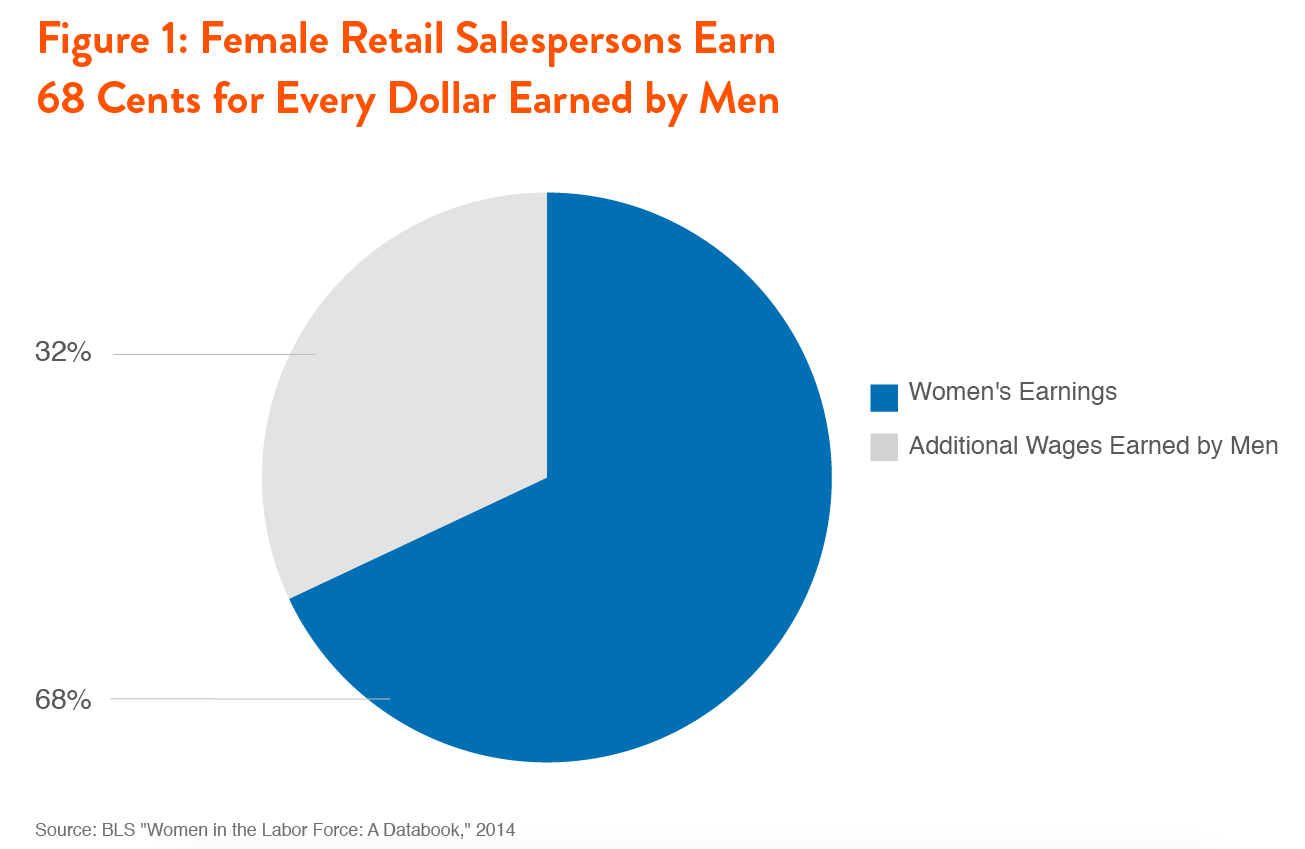 The variable, unpredictable work schedules frequently endured by retail workers are a particularly heavy burden for female workers, many of whom are also the point persons for family care. Schedules that vary from day-to-day and week-to-week, and given with little advance notice, are often nearly impossible to reconcile with the time-sensitive nature of many family responsibilities.

As the country’s largest retailer and biggest employer of women in the private sector, Walmart’s wages and employment practices set a standard followed by many other large employers. Walmart therefore has a unique opportunity to lead by example by creating a working environment that is fair and sustainable for all of its workers. Raising its employees’ pay is a good first step, but additional policy changes are needed for Walmart to truly be a model employer. 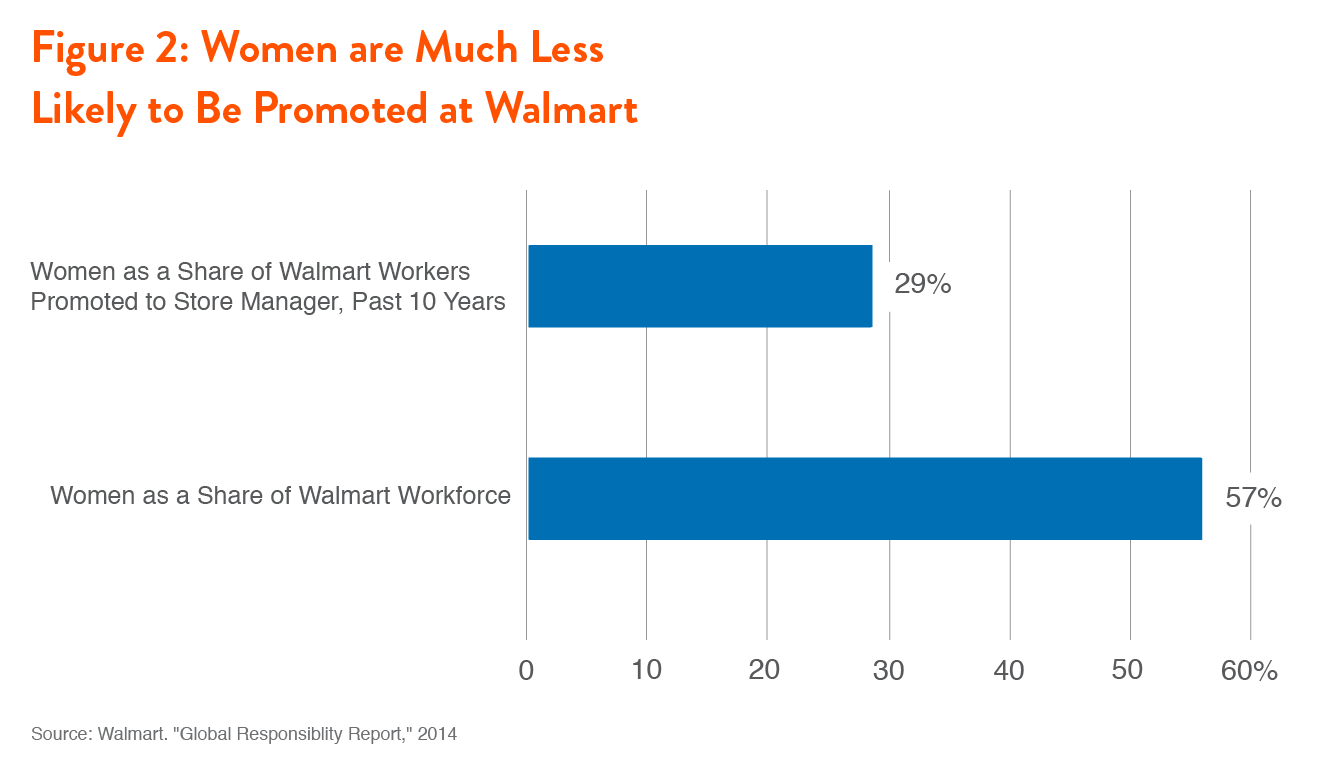 Fair Treatment Is the Law

Workers and employers, like Walmart, should be mindful of potential legal claims when company policies or practices operate to discriminate—intentionally or inadvertently—against women. Women who perform essentially the same function as men must be paid equally for their work and women must have the same opportunities for advancement as men. This means, for example, a woman categorized as part-time must be paid the same as a man categorized as full-time if both employees have equivalent job responsibilities and perform equivalent work. Walmart should ensure that its policy of paying part-time workers—most of whom are women and many of whom want to work full-time—at a lower hourly rate than full-time workers is not causing an unlawful pay disparity between its male and female workers.