When a government does not represent its people we have no demos, and therefore no democracy.

"Last night's police violence against citizens of Ferguson, MO was an affront to democracy. There is nothing more American than a community uniting in the face of tragedy, than ordinary people organizing to peacefully protest injustice. The police reaction—to protests of their own violence—has been more violence, less transparency, and an active suppression of first amendment freedoms. The police and government of Ferguson must be held accountable, and we call on the Department of Justice to take immediate action.

"The struggle for peace, for belonging, and for justice in the working-class community of Ferguson matters to every American. At Demos, we believe that the American experiment of a multiracial democracy requires us to actively define "we, the people" to include us all. Ours is a nation of ancestral strangers who have yet to overcome our inheritance of state-sanctioned violence and a hierarchy that dehumanizes people of color. When a government does not represent its people—and worse yet, when government actions allow us to question whether officials believe their community members are truly people at all—we have no demos, and therefore no democracy.

"But at this moment, young people are standing up for each other across the country, asserting their citizenship and their humanity. Their generation holds the promise of America: millennials are the most diverse generation in our history and also the most civic-minded, progressive and welcoming of difference. At Demos, we believe that this generation will live to see our democratic experiment finally succeed. But they must live.

"Mike Brown was just days from heading to college. We say this after every one, but may this murder be the last.

"And may his life—and Trayvon's life, and Renisha's life, and Oscar's life, and the too-short lives of so many children—become part of the story of how we healed, and truly became one nation." 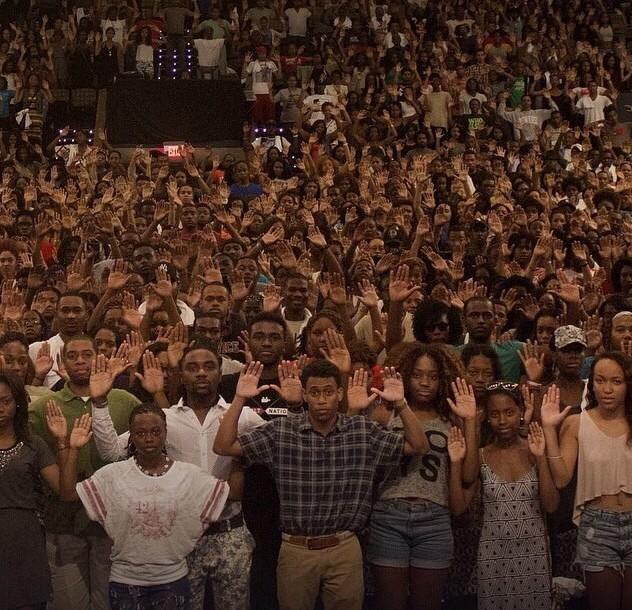