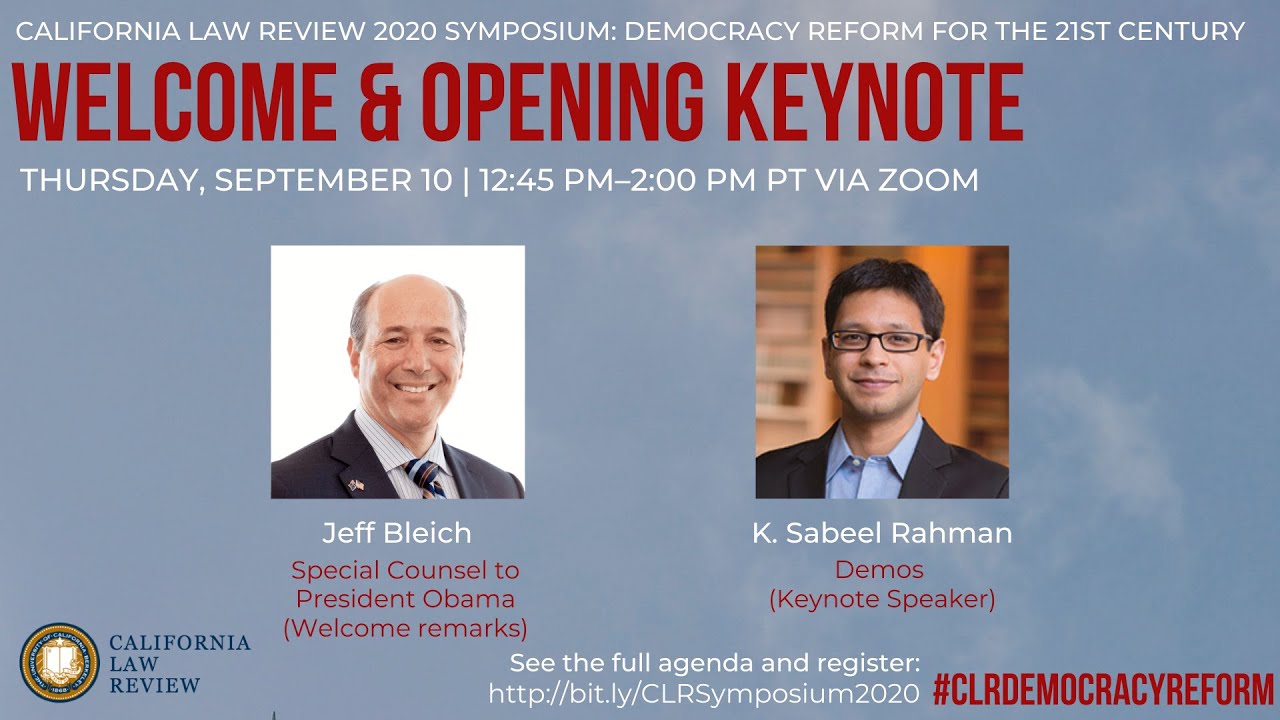 On September 10, 2020, before the California Law Review’s audience of scholars, legal practitioners, public servants, community leaders, and political experts, Demos President K. Sabeel Rahman launched his keynote with a question: "What does it look like to be fighting for democracy reform in a polity that has arguably ceased to function or maybe never functioned as a democracy, really?"  He argues the answer to that question points the way to truly transformative change.

Watch his keynote for his answer to that question and more, including: the constitutional and historical arc of American democracy reform, the long-term structural fights we need, and the immediate policy landscape.

Why expanding and reforming the Supreme Court can restore legitimacy for this broken, inequitable institution.
Policy Briefs
Laura Williamson
Image

Despite all the barriers, our communities showed up for democracy. Here is what must come next.
Blog
K. Sabeel Rahman
Image

Ensuring All Votes Are Counted May Take Time

This year, as we attempt to keep our loved ones safe during a deadly pandemic, more people in our communities will be voting by mail (absentee) than ever before. Counting those votes will take time.
Policy Briefs