Today, Obama will deliver the State of the Union address, which will focus on inequality, which he has previously called, “the defining issue of our time,” and which was recently highlighted by a proposal by Chris Van Hollen. In anticipation of his speech, he has put forward a proposal to increase taxes on the wealthy and cut taxes for the middle class. The proposal is welcome.

Obama’s plan is broadly aimed at wealth inequality and closing tax loopholes that allow the rich to pay less in taxes than many middle class households. His plan includes a hike the capital gains tax rate (to the level prevailing during the Reagan administration), closing the trust fund loophole that allows the wealthy to avoid inheritance taxes and a modest fee on banks (who benefit hugely from too-big-to-fail).

While the right often complains that many Americans don’t pay taxes, symbolized by Romney's famous 47% comment, these claims are absurd. For one, Romney was only talking about taxes at the federal level, and a recent study from the Institute on Taxation and Economic Policy shows that state and local taxes are heavily regressive. Across all states, the poorest 20% pay 10.9% of their income in state and local taxes compared to 5.4% for the richest 1%.

At the same time, across the developed world, tax rates have become less progressive, as illustrated by Thomas Piketty and Emmanuel Saez. In the US, estate taxes and corporate taxes have declined dramatically, while payroll taxes (which affect the poor) have increased dramatically. 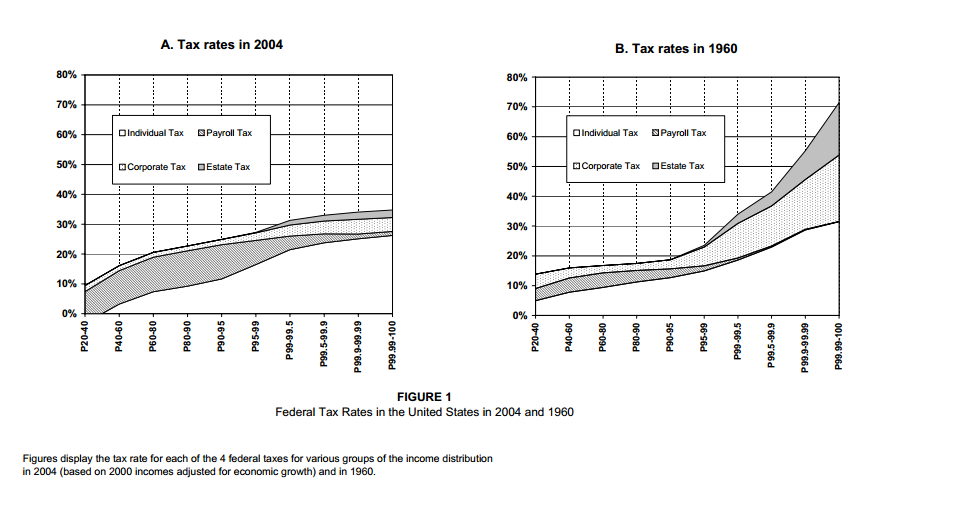 Worse still, the porous federal tax system allows the rich to take home huge tax breaks. A recent CBO finds that the largest 10 tax breaks primarily benefit the rich. Recently, Al Jazeera reported that in 2010 the richest 400 Americans paid only 18% of their income in federal taxes, a dramatic decline from the 29.9% they paid in 1995. The richest 400 households took home a full 16% of all capital gains in 2010—they make up .00025% of the population.

The rich receive the most in capital gains because they own nearly all the assets, and for this reason, Obama’s choice to target capital gains and large holdings of wealth is smart. 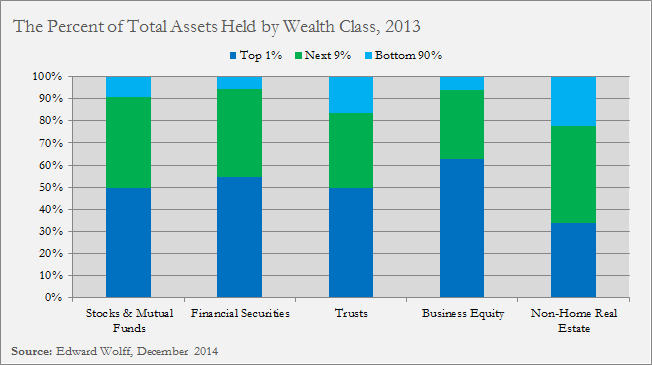 Much of the rise in inequality has come from rent-seeking and inheritance, rather than innovation. By singling out unproductive capital for taxation, he forces those who support inequality to defend an idle wealthy class.

But Obama will struggle to pass any legislation increasing taxes. As Demos showed in Stacked Deck, the donor class isn’t interested in higher tax rates. Sadly, there is strong evidence that the donor class has an outsized influence on politics, through both access, agenda-setting and higher voter turnout. A 2013 study in The Journal of Economic Perspectives finds (PDF):

In 1980, the top contributor … gave $1.72 million (in 2012) dollars, nearly six times the amount given by the next largest contributor. In 2012, the two largest donors were Sheldon and Miriam Adelson, who gave $56.8 million and $46.6 million, respectively. Other members of the Forbes 400 accompany the Adelsons; 388 current members are on record as having made political contributions. They account for 40 of the 155 individuals who contributed $1 million or more to state and federal elections during the 2012 election cycle. 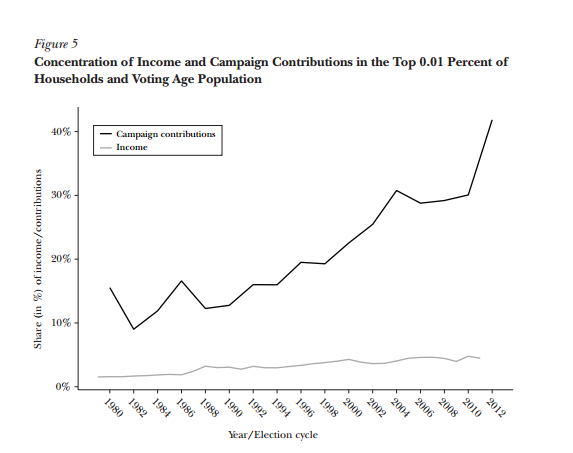 The rise in wealth has coincided with an increase in political power - which will make taxing the rich more difficult. However, it is increasingly necessary - 80 people in the entire world have the same wealth as the bottom 50% (some 3 billion people) combined.

The usual suspects will likely be rolled out in defense of low tax rates - conservative commentators frequently claim that low taxes increase economic growth. These arguments are facile and a large literature shows them to specious. In fact, there are reasons to believe that increasing taxes on the rich to fund public investment and middle class growth could actually boost the economy. More importantly, these arguments are being disproven before our eyes: Kansas, which was supposed to be the conservative model, massively cut taxes and the state coffers are hemorrhaging cash. The governor is now proposing new taxes to make up for falling revenues.

Obama’s proposal is bold and necessary. The problem is how to get it passed a government increasingly bought by the 1%.