Why Disparate Impact Claims Are Essential To Racial Justice

Today, in a 5-4 decision, the Supreme Court upheld that the discrimination cases under the Fair Housing Act do not need to show explicit discrimination, but can include “disparate impact” claims. This is an essential and necessary provision for the fight for racial equity. 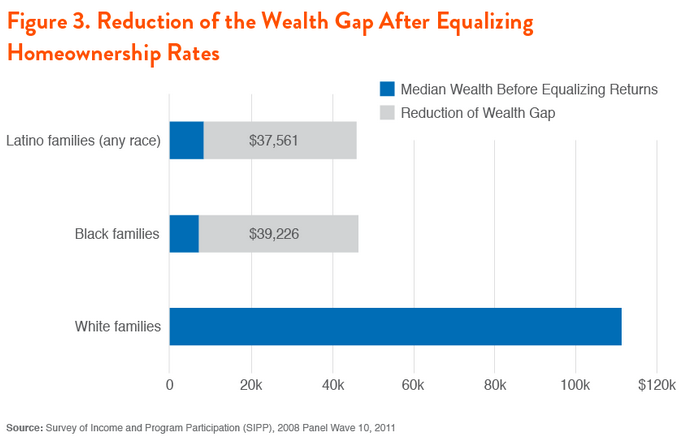 Demos finds that equalizing Black and Latino homeownership rates with those of whites raises wealth among Black and Latino families, and thereby reduces the racial wealth gap. The wealth gap between white and Black families decreases by $32,113 to $71,920 and the wealth gap between white and Latino families decreases by $29,213 to $73,585. Demos also finds that equalizing homeownership returns would further reduce the gap. 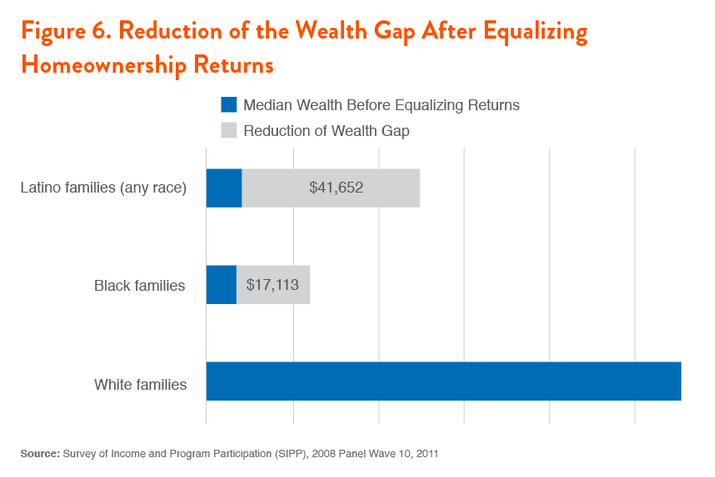 Disparate impact is a vital tool for ensuring fair housing, and therefore for reducing the racial wealth gap. The Justice Department used disparate impact to settle with Bank of America for $335 million after it was discovered that a mortgage company purchased by BofA had been pushing blacks and Latinos into subprime loans when a similar white borrower would have qualified for a prime loan. Disparate impact matters because there was no official policy that required blacks and Latinos to get worse loans, but rather subtle racial biases driving the result.

Disparate impact is key to fighting racism that extends beyond merely the explicit racism most Americans know is wrong. As Demos Senior Fellow Ian Haney Lopez told me, “ We have to get away from this idea that there is one sort of racism and it wears a Klan hood. Of course, that is an egregious form of racism, but there are many other forms of racism. There are racisms.” Indeed, the very case the Court decided is a great example of how less explicit forms of racism can erode the American dream. When the Texas Department of Housing and Community Affairs approved tax credits, they predominantly did so in non-white neighborhoods. At the same time, the department disproportionately denied the claims in white neighborhoods. A federal judge decided that regardless of racial intent, the result had a “disparate impact” and increased neighborhood segregation.

In the status quo, poor whites end up living in richer neighborhoods than middle class Blacks and Latinos. This is important because NYU sociologist Patrick Sharkey finds, “Neighborhood poverty alone accounts for a greater portion of the black-white downward mobility gap than the effects of parental education, occupation, labor force participation, and a range of other family characteristics combined.” Systemic racism means that the financial crisis has set Black families back far more than white families, further exacerbating the racial wealth gap. Indeed, current projections suggest that in 2031, the racial wealth gap will be as large as it was in 1999. A key reason for this is homeownership policies.

Even today, 3.7 million Americans each year face housing discrimination. As the National Fair Housing Alliance notes in a press release, “Disparate impact is an important protection for all of us… Neighborhoods still trying to recover from the financial crisis can have hope because disparate impact is an important tool in addressing unfair practices that contribute to economic and wealth disparities.” Today’s decision is a step forward for a more racially equitable America.