U.S. Wealth Inequality Is Extreme and Republican Tax Plans Would Make It Worse

While income inequality in the United States is at historically high levels, wealth inequality is even more severe. Wealth—assets minus debts—is increasingly recognized as the most important measure of overall economic well-being. Assets include savings, stocks, bonds, retirements accounts, homes, vehicles, and other property. 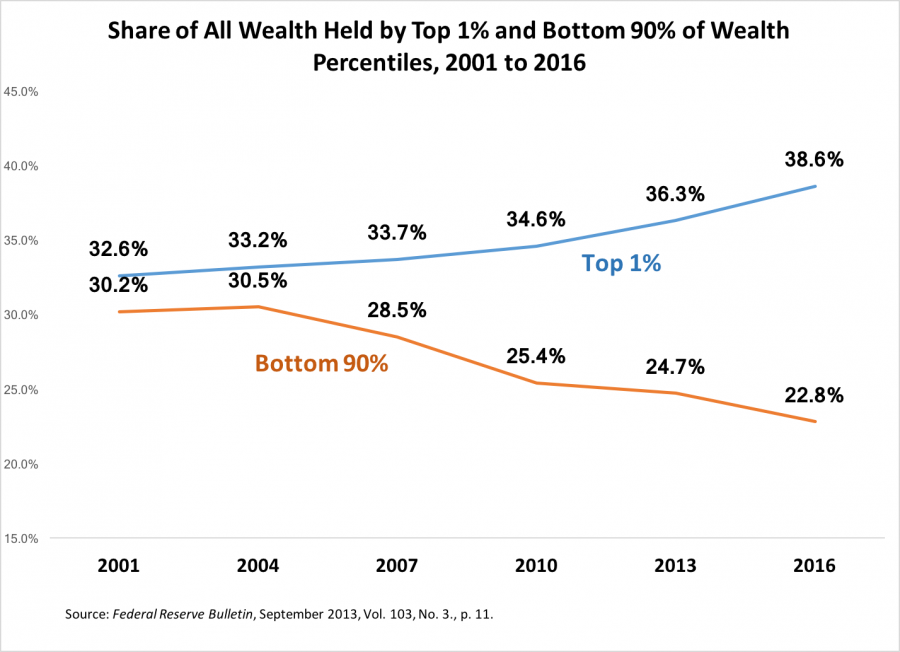 While the super-rich are already ridiculously wealthy—and their wealth has been increasing in recent years—Republican leaders are fighting hard to make them even wealthier. The goal of repealing and replacing the Affordable Care Act was never to provide better health insurance. This is why every plan the Republican leaders came up with would lead to tens of millions fewer Americans with health insurance coverage. The real goal of Republican “repeal-and-replace” plans is to provide tax cuts for the super-wealthy. Repealing the Affordable Care Act would provide billions of dollars to the wealthiest Americans.

The Republican tax plans are also fundamentally about making the super-wealthy wealthier. The vast majority of the tax cuts would go to the very wealthiest households. Donald Trump alone could end up 1 billion dollars richer if the Republican leadership gets its way.

America needs political leadership working for the country as a whole, not elected officials in the pocket of the wealthiest 1 percent. We need to elect leaders who by their actions—not their empty rhetoric—have shown that they are willing to fight for the 99 percent.