On Two-Year Anniversary of Blow To VRA, New Evidence That Voter ID Laws are Racially Biased

As we near the two-year anniversary of the Supreme Court gutting the Voting Rights Act and the subsequent failure of Congress to restore it, Demos has found new evidence of racial bias in the passage of voter ID laws. Two weeks ago I put forward evidence that racism was tied with stringent voter ID laws. Since then, I’ve uncovered more evidence. My original case was based on a simple fact: in 2014, whites in the states with the most stringent voter ID laws were far more likely to have racist views about Black people. I supported this data with evidence from Keith Bentele and Ian Vandewalker that anti-black stereotyping strongly predicted the introduction of restrictive voting laws*. To further support the idea that racism is tied with voter ID laws, I combined data from 2010 with the data from 2014. 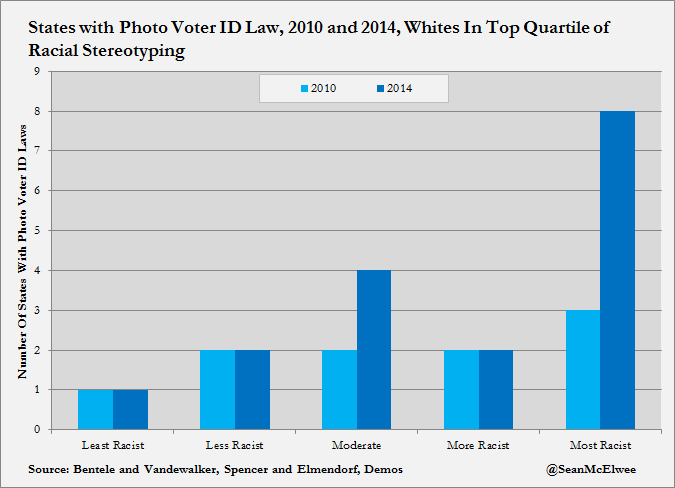 Next I measured strict photo voter ID laws, and find an even more stunning result: of the 8 states with a strictly enforced voter ID law, none are in the bottom half of racial stereotyping. 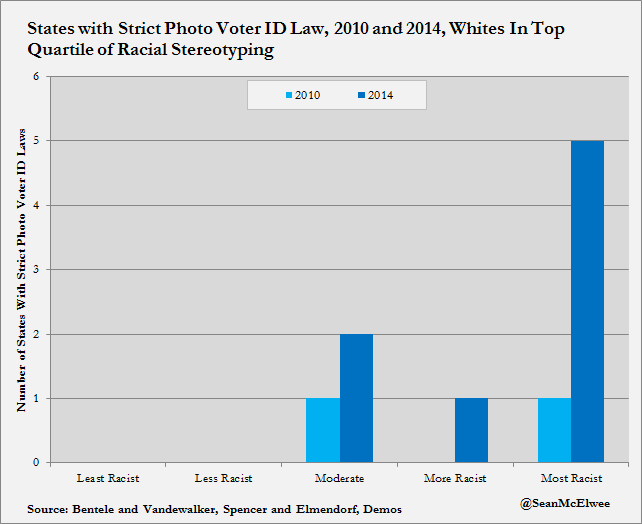 To test whether this might be due to measurement sensitivity, I re-ran the numbers using a different measure: whites above the median for racial stereotyping. This does even does not mitigate the problem: the least racist states remained basically the same between 2010 and 2014, while the most racist states ramped them up. 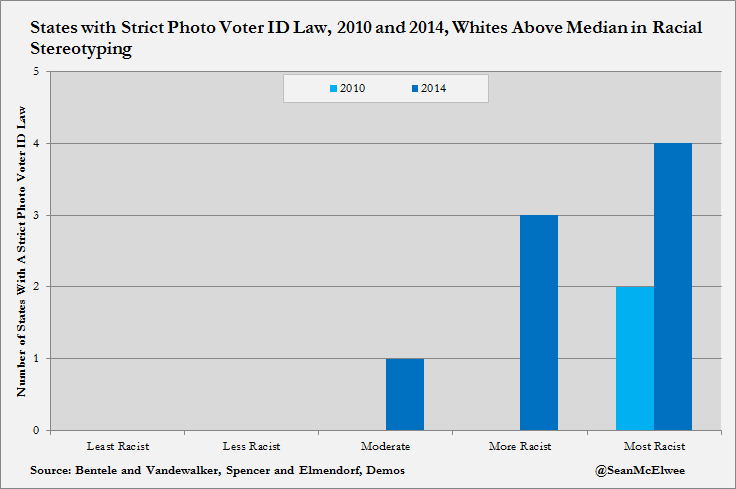 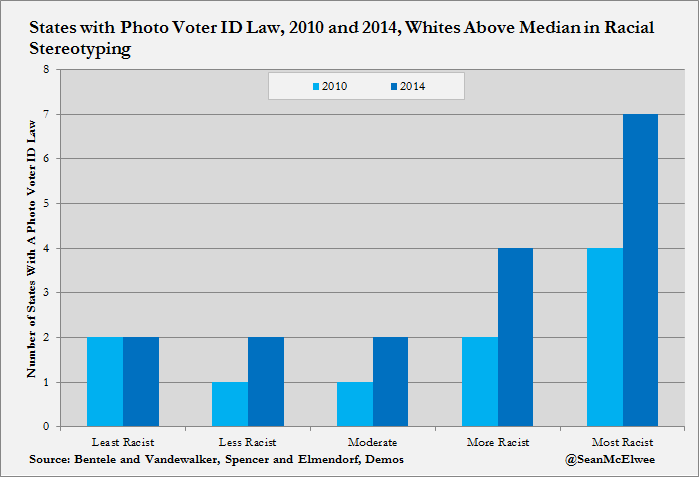 Finally, I ran the numbers using anti-Black attitudes across all non-Black people in the state. This too did little to change the results. Voter ID laws are racist.

** This includes some laws which have been stalled by courts - however, the goal is to see intent, and passed laws indicate intent. The difference between strict and non-strict laws are defined by the National Council of State Legislatures as follows:

Non-strict: At least some voters without acceptable identification have an option to cast a ballot that will be counted without further action on the part of the voter.

Strict: Voters without acceptable identification must vote on a provisional ballot and also take additional steps after Election Day for it to be counted.