The Senate confirmed Judge Amul Thapar to the U.S. Court of Appeals for the Sixth Circuit yesterday, 52-44. This was never in doubt.

The real story is that concerns about money in politics continued to drive opposition to Trump’s judicial nominees.

The role of big money became a leading theme in the debate over Justice Gorsuch’s confirmation. Several senators pressed Gorsuch on his troubling record during his Judiciary Committee hearing, and Demos’ president Heather McGhee testified powerfully as to how Gorsuch “has the potential to be the deciding vote to destroy the few remaining protections against big money dominating our democracy.”

In the end, 44 senators opposed ending debate on Justice Gorsuch’s nomination, forcing Senate Republicans to “go nuclear” and change the rules in order to confirm him—and at least 25 of those senators cited money in politics as a key reason for their opposition.

This is hardly surprising, given the pivotal role the Supreme Court has played in shaping our billion-dollar democracy and the public’s widespread concern about the issue.

Four decades of flawed rulings have unleashed the power of the 1 percent and meant that when it comes to choosing our leaders, the size of our wallets too often determines the strength of our voices. Just a handful of the Court’s worst decisions accounted for nearly half of the money in the 2016 elections (more than $3 billion), including more than three-quarters of the cash in the most competitive congressional districts. 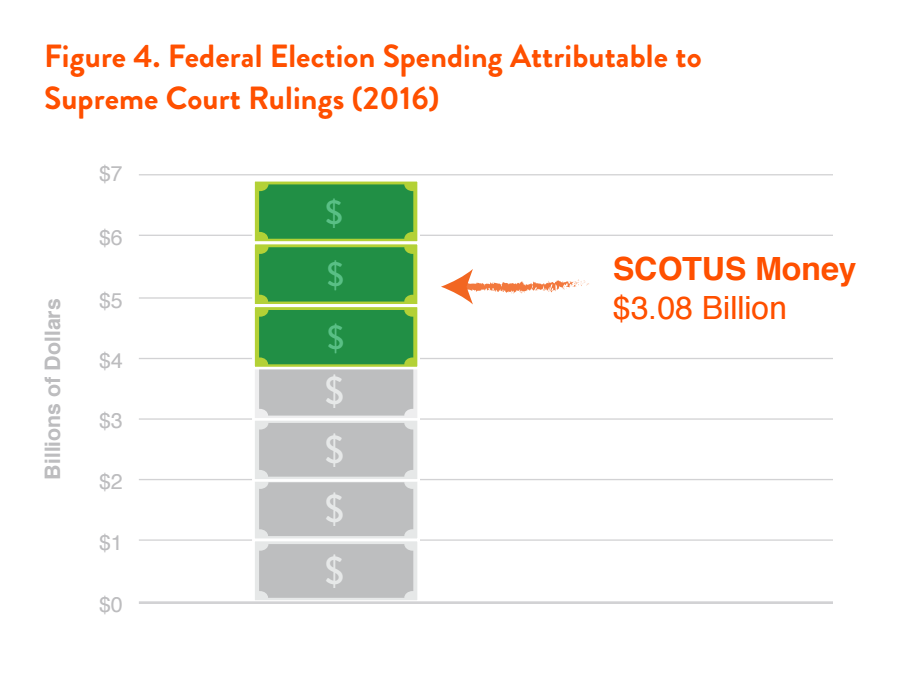 The public has taken notice. Eight-five percent of Americans believe we need fundamental changes to our system of funding political campaigns, and more than 90 percent of Trump’s own voters wanted him to appoint a justice who is open to limits on big money.

As USA Today reporter Heidi Przybyla concluded in an article on the Gorsuch nomination, "If Trump's election marked a realignment of U.S. politics, anger over corporate influence buying was what united both Trump's passionate base and the progressive left. What it means is minimal political risk for Democrats who defy legislation, or in this case a Supreme Court nominee, seen as favoring corporations and wealthy donors."

This week proved that plenty of U.S. senators remain sensitive to these concerns.

Twenty-four organizations sent a letter to the Senate Judiciary Committee, and then the full Senate, urging senators to oppose Judge Thapar’s confirmation due to serious concerns about his record on money in politics.

Senators Dianne Feinstein, Dick Durbin, Sheldon Whitehouse, Amy Klobuchar, and Mazie Hirono spoke out powerfully on the issue during the committee proceedings. Senators Elizabeth Warren, Angus King, Patrick Leahy, and others picked up the theme during the full floor vote. Senator Durbin continued his strong opposition and entered the coalition letter into the record during both the committee and full Senate floor debates.

The bottom line: money in politics is now a top-tier issue in judicial nominations debates. A solid chunk of senators appear to understand the crucial role the courts play in determining whose voices are heard in our democratic process. It’s looking increasingly like any nominee who wants to earn any progressive senator’s support needs to view our pro-democracy Constitution as the vast majority of Americans do: as empowering we the people to enact basic protections against big money.

Felony disenfranchisement is one of several ways people get stripped of their power.
Blog
Image

Written Testimony of Chiraag Bains to the House on H.R. 1, the For the People Act

H.R. 1, the For the People Act, is the boldest and most comprehensive proposal to strengthen our democracy since the aftermath of Watergate.
Testimony and Public Comment
Chiraag Bains
Image

Kavanaugh Has an Unsettling Record on Democracy

Judge Kavanaugh's record raises serious concerns that he would expand the power of big money in politics, weaken voter protections, and insulate the president from the rule of law.
Research