While the official anniversary of the March on Washington for Jobs and Freedom isn’t until Wed, August 28th, a rally will be held this Saturday, August 24th at the Lincoln Memorial starting at 8 a.m. The rally will be followed by a march to the Martin Luther King memorial. Saturday’s rally is part of a week-long lead up to the 50th anniversary march.

As we wrote earlier, the themes of the original March on Washington are as relevant now as ever. Workers are still fighting for living wages and respect. Voting rights are under renewed attack. And, as a new Pew survey shows, many people feel little progress has been made towards racial equality.

Part of the reason African Americans are not as optimistic about progress toward racial equality may be because by some metrics, very little has changed in 50 years. As the graphs below show, the gap between White and Black median household income has actually widened over the past 50 years. The same trend is apparent for median household wealth. 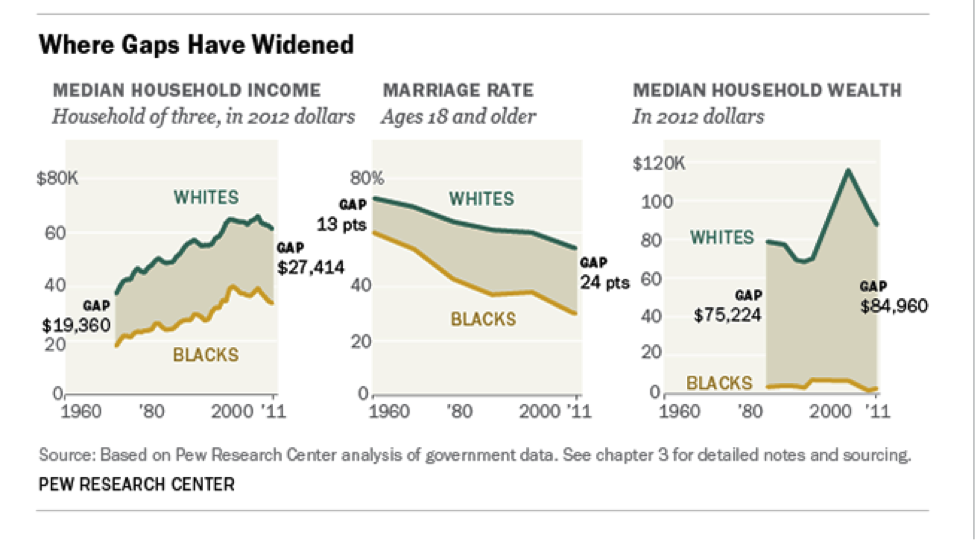 The sense of a lack of progress among African Americans has sharply decreased over even just the past few years. After a high of 39 percent in 2009, only 26 percent of Black people say their situation is better today that it was five years ago. Recovery from the Great Recession has been slow for anyone other than the financial industry and affluent, but it has been especially slow for people of color. 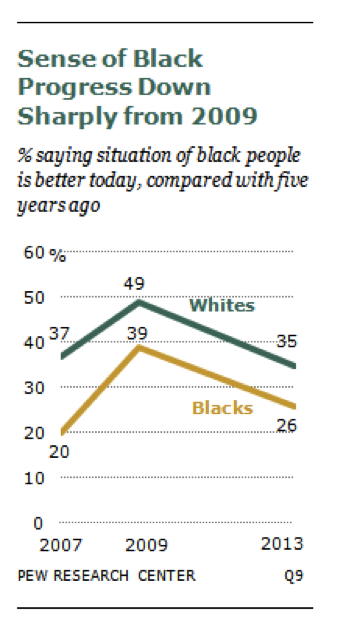 The Pew survey data shows how interconnected racial, social, and economic justice really are. It’s hard to feel that we are making progress on racial justice when people of color lag so behind in economic security. Indeed, little progress is being made. The activities surrounding the 50th anniversary of the March are more than just a remembrance. They are a renewed call to action.

More information on the 50th Anniversary March on Washington can be found here, here, and here.