The Proposed Payday Regulations Are a Good First Step, But More Needs to Be Done

Today, the Consumer Financial Protection Bureau released a blueprint for new regulations pertaining to payday loans and car title loans. The regulations will not include an interest rate cap, the holy grail for advocates, because industry allies watered-down the provisions (I discuss the fight over payday lending in my recent Atlantic article). These regulations are still important.

The proposed regulations include two major options and payday lenders would choose which to follow. Both are aimed at preventing borrowers from falling into “debt traps,” where they constantly roll over their loan.

In addition, CFPB is considering regulations to require that borrowers are notified before a payday lender could withdraw money directly from their account and prevent multiple attempts to successfully withdraw from a borrowers account.

The Center for Responsible Lending considers the first option superior. In a press release, president Mike Calhoun notes that the “protection” option, “would in fact permit payday lenders to continue making both short- and longer-term loans without determining the borrower's ability to repay. The industry has proven itself adept at exploiting loopholes in earlier attempts to rein in the debt trap.” CRL is urging CFPB to make the “prevention” option mandatory.

These regulations are still preliminary, but they come after CFPB determined that 22% of new payday loan sequences end with the borrow rolling over seven times or more. The result is that 62% of loans are in a sequence of seven or more loans. 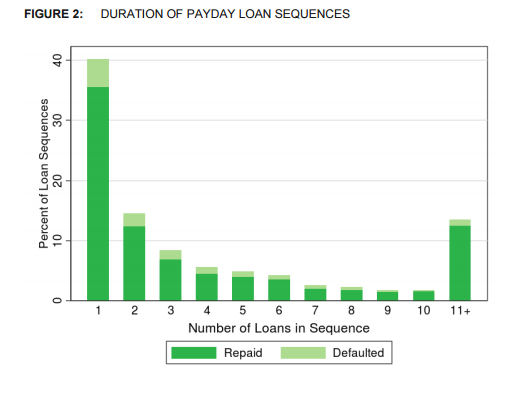 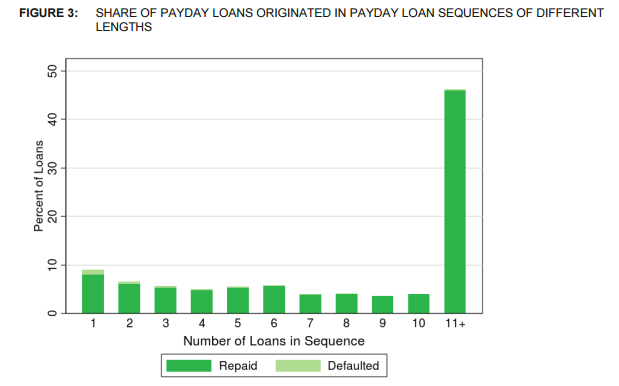 The industry relies on a small number of  borrowers continuously rolling over loans, trapped in a cycle of debt. As I noted in my piece, payday borrowers tend to be low-income and desperate:

Payday lenders concentrate in areas with young people, low-information consumers and large populations of color. The CFPB regulations are a good step forward, and these regulations have teeth. Because a few large payday lenders are responsible for most of the lending, CFPB can pursue real enforcement action (as they recently did with ACE Cash Express in Texas).

Some of the most successful regulations have come out of the ballot-initiative process, rather than the legislature. In many cases, the ballot initiatives had bipartisan support.

It’s unclear which regulatory regime will end up being law. As Ben Walsh writes, “The rules are likely to face strong opposition from the payday lending industry, as well as Congressional Republicans.” The industry is influential, and has several influential supporters.