For the magazine’s 20th Anniversary, the September issue of SmartMoney has a long section recapping changes in American personal finance -- and on what they got right and wrong -- over the last two decades.

Their historical review starts with the blunt question:

Who’s responsible for your retirement? You are.

It would be more accurate to add, however: "You're responsible and you're all alone in an industry built to make money for itself, with few protections for your savings."

. . . .the biggest change of all may be the demise of the pension plan. With the help of new federal laws and provisions passed in the 1970s, private-sector companies have been gradually shedding the costs and risks associated with funding their employees’ retirements –- a helpful boost to their bottom lines.

In the absence of those paycheck security blankets, more and more Americans are being asked to “own their retirement” -- that is, to fund and manage accounts that will be used to cover their expenses in their postwork lives. And most are doing that through such complicated -- and often flawed -- do-it-yourself retirement vehicles as the 401(k) and the IRA.

The shift away from defined-benefit plans to 401(k)-type plans is definitely the most tectonic, devastating -- for the middle class, at least -- shift in personal finance and economic security over the last 20 years.

As SmartMoney points out, the financial service industry has seen the balance of 401(k)-type plans grow 6-times since 1990 to $9.4 trillion, resulting in huge commissions and fees.

But here’s what’s happened to the rest of us: Our costs and our risk went up. 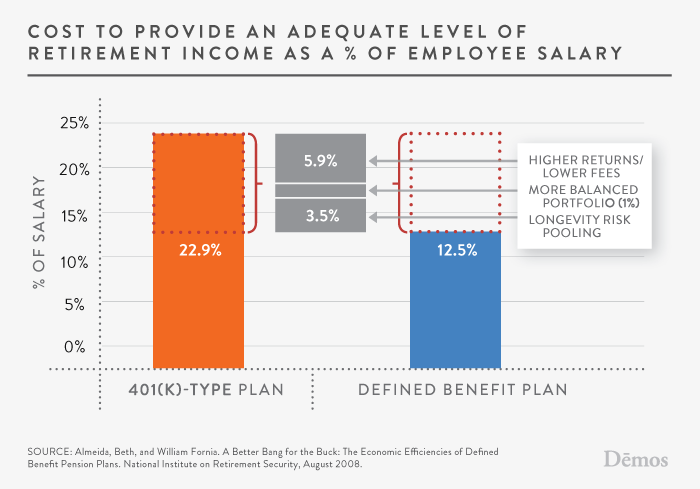 The result is that workers retiring in the next 20 years can expect to receive only 65 percent of what they made during their working years, a drop of 16 percent from their parents. And it’s starting to sink in: Seventy-five percent of Americans believe the disappearance of guaranteed retirementaccounts, those so-called “paycheck security blankets,” has made it harder to achieve the American Dream.

Can we fix this in the next twenty years?