Last week, we highlighted how the outside money group, Jobs for New York, was dominating the New York City Council races. So, how did they do? Not too shabby—of the 20 candidates they supported, 16 won, two are still too close to call, and two candidates were unsuccessful. Let’s look at the two races that are too close to call, Council District 19 and Council District 36.

In Council District 19, the chart below shows the level of outside funding. Jobs for New York contribute over $324,000 to Paul Vallone’s campaign, it also spend over $21,000 in opposition spending against Shafran. Vallone won. 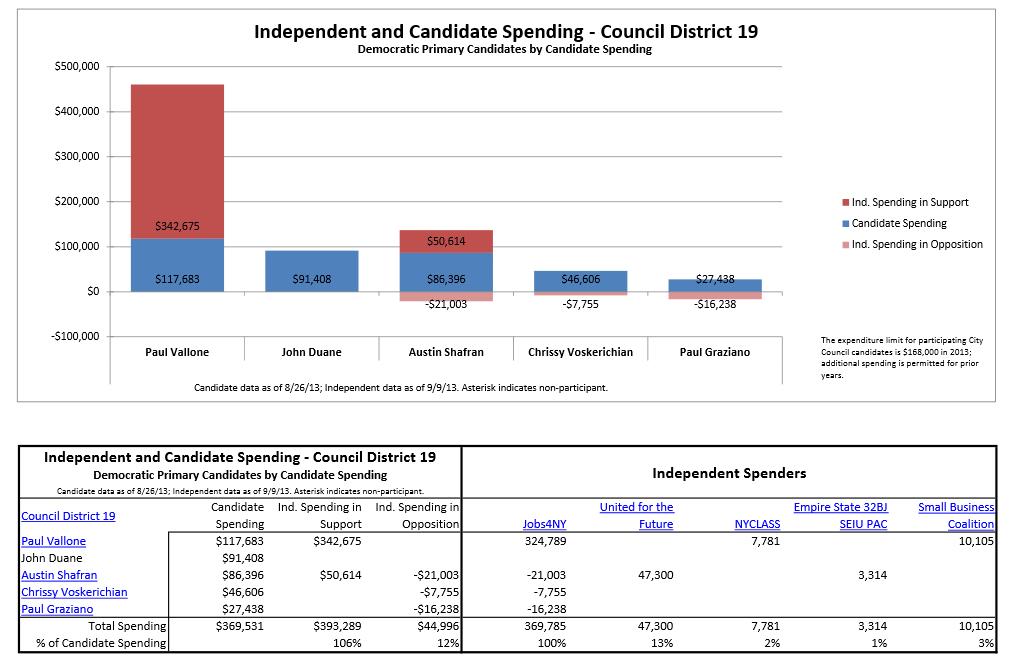 In Council District 36, a similar spending pattern emerges. Currently Robert Cornegy is leading, but Kirsten Foy is less than 100 votes behind and the race has not been called either way. 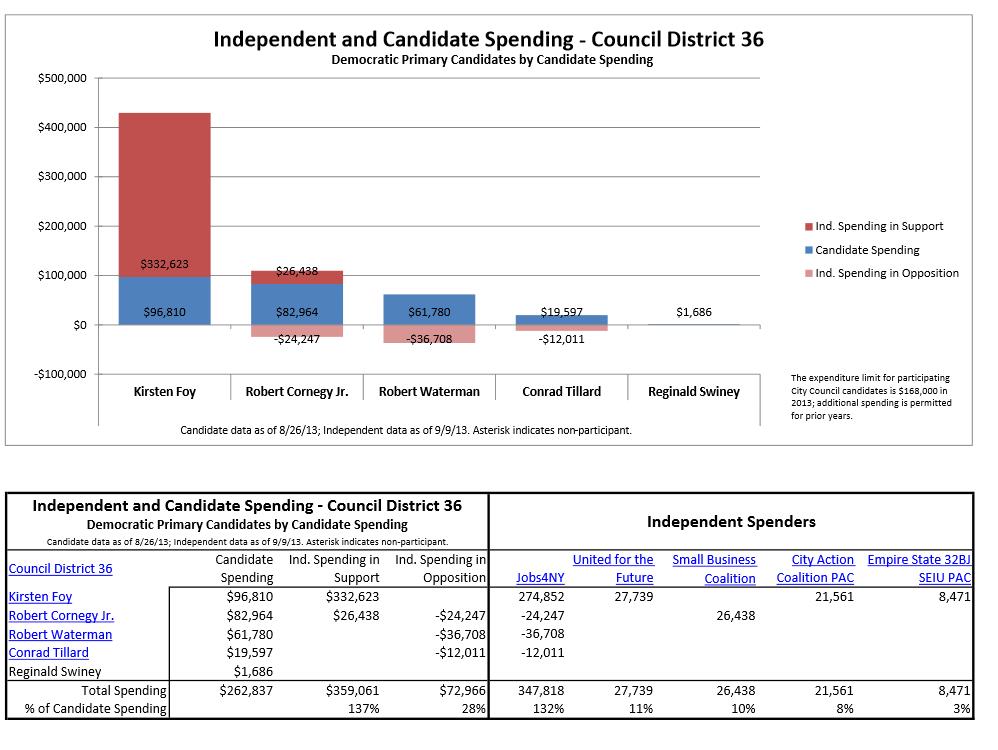 Let’s assume Cornegy wins and Foy loses. Jobs for New York would have supported 17 successful candidates, which is an 85 percent success rate. It’s hard to quantify the impact of outside spending, but particularly in close races, there’s no doubt that it plays some role. Outside spending can also make an otherwise non-viable candidate competitive, and ultimately successful.

Looking at all candidates supported by Jobs for New York, the spending pattern is consistent. In several cases, the amount spent by the outside group is far more than actual candidate spending. Most opposition spending is also from Jobs for New York. It’s hard to say how competitive the candidates would have been without the outside spending but you do have to wonder how successful they would be if they could only spend what they raised—and that is what is so toxic about outside money in our current electoral system.