On Wednesday, the U.S. Supreme Court heard our Ohio voter purge case, Husted v. A. Philip Randolph Institute. At issue in the case is Ohio’s Supplemental Process, an unjust practice of removing infrequent voters from its registration rolls.

We argued that the Supplemental Process directly violates a prohibition of the National Voter Registration Act of 1993 (NVRA) that bars states from removing a registrant from the voter rolls by reason of the registrant's failure to vote. The practice has an enormous impact: in 2015 alone, hundreds of thousands of Ohio voters were removed from the rolls.

Larry Harmon was one of those Ohioans. Mr. Harmon voted in 2008 and was purged under the Supplemental Process during the summer of 2015. He did not learn he had been purged from the rolls until he appeared at his polling place to vote in November 2015. Mr. Harmon had been voting since 1976, and had lived in the same home for more than a decade.

For more background on the Supplemental Process and the history of our case, visit husted.demos.org. 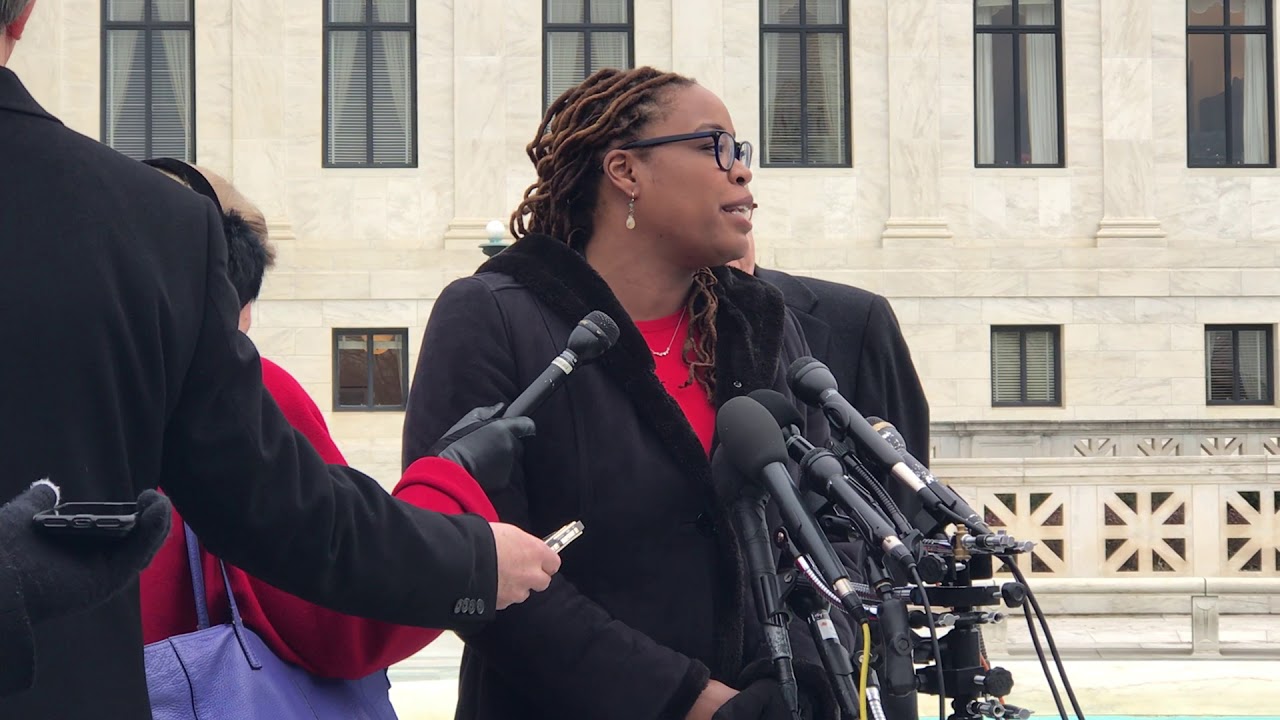 Demos also proudly stood shoulder to shoulder with allies in a rally in front of the Supreme Court. Demos Senior Campaign Strategist Vijay Das told the crowd, “Ohio’s Supplemental Process violates the NVRA. If it survives, it rips into the fabric of our ever-fragile democracy. We cannot let another voting rights decision gut access to the polls. Now here’s hoping the justices do the right thing.”

We hope that a majority of the justices will agree that what happened to Larry, and others like him in Ohio, was illegal. Yet, our work on voting rights continues. Stand with us today and support our work to make sure voting does not become a use-it-or-lose-it privilege.