No Steam for Young Adults in July

Friday’s employment report from the Bureau of Labor Statistics shows that the labor market has built up little steam over the course of the year, with July job gains that put us on course to reach full employment in 2020. For young adults, waiting another 7 years just to get on track means forbearing dreams of income and asset building over a lifetime and instead settling for opportunities that make it possible to just get by. Last month, even those opportunities were scarce, with less than 5 percent of the job gains on net going to people between ages 20 and 34.

The labor force of workers ages 20 to 34 shrank in July, as a net total of 184,000 people in the age group left the job market. Labor force participation for young adults remains several percentage points below its average from before the financial crisis and subsequent recession, and even has yet to climb back to where it started 2013.

With dips in the labor force participation rate to 70.8 percent for 20 to 24-year-olds and 81.1 percent for 25 to 34-year-olds, the two cohorts continue to hover at or below the average rate for the year thus far instead of making inroads back to working life as the economy slowly recovers.

The unemployment rates for young people declined in July, as those in the youngest cohort picked up jobs and others left the market. Unemployment for 20 to 24-year-olds dropped to its lowest rate this year, at 12.6 percent. The older cohort of 25 to 34-year-olds actually lost jobs last month, but since their labor force participation rate dropped off too, the unemployment rate fell to 7.5 percent. 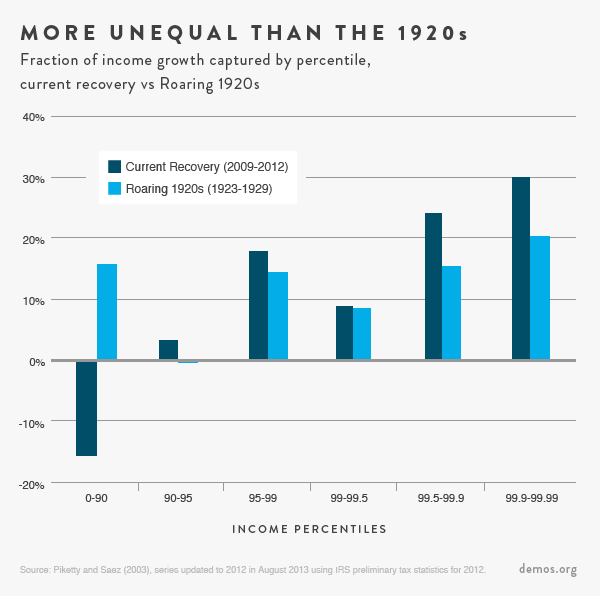 But the best thing to happen to the labor market last month doesn’t show up in the data. In a series of speeches across the country President Obama finally circled-back to job creation as a central component of his economic policy, recharging the discussion of how we can restore an economy that works for workers. In line with his message, the July data highlights a continued need for focus on job creation and job quality in order to build a thriving economy and preserve an American middle class. Last month the biggest job gains once again occurred where employers offer low-pay, part-time work: retail and food and beverage establishments. At the same time, a decline in weekly working hours in July signals the potential for slow growth ahead.

The proposals offered by the president – for short-term revenue-generating corporate tax reform and an increase in the minimum wage – only begin to address the weakness of the labor market. Fast food workers, in contrast, are thinking big, asking for an end to the unflagging insecurity of low-wage, part-time work that holds back consumer spending and economic growth. For today’s unemployed and underemployed young people this conversation comes late, but they cannot wait another 7 years for the economy to right.

Now, as the labor market statistics seem like a perpetual motion machine of humdrum news, it’s a good time to start talking about something different. Real improvements in employment and growth depend on it.