New Data On How the Donor Class Stops Gun Control

Last Wednesday a mass shooting in San Bernardino, the 355th this year, prompted a debate about the need for gun control. In an incredibly rare decision, the New York Times ran a front-page editorial calling for gun control. Why, after hundreds of mass shootings, and an epidemic of other forms of gun violence, hasn’t the United States taken action? It’s not public opinion: Americans widely support numerous gun control regulations. New data suggest that part of the explanation may be the power of the donor class. 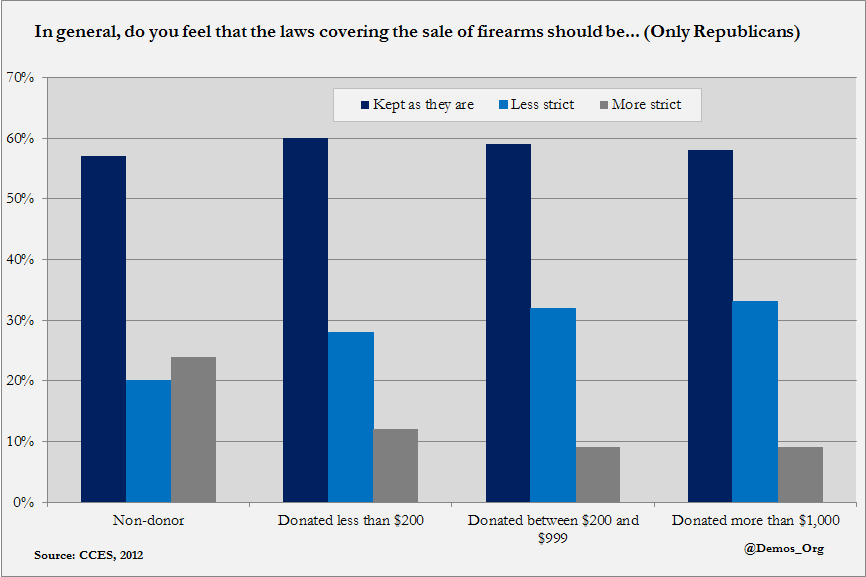 On the Democratic side the story is different: donors and non-donors are largely aligned. Only 6% of non-donors support less strict gun laws, compared to 2% of donors giving more than $1,000. While about a third (29%) of non-donors say laws should remain as they are, 65% say they want stricter laws. Among donors giving more than $1,000, 13% support keeping laws the same, and 85% support stricter laws. These data suggest that donors have different preferences than average Americans and that the power of the conservative donor class may be hampering gun control legislation. 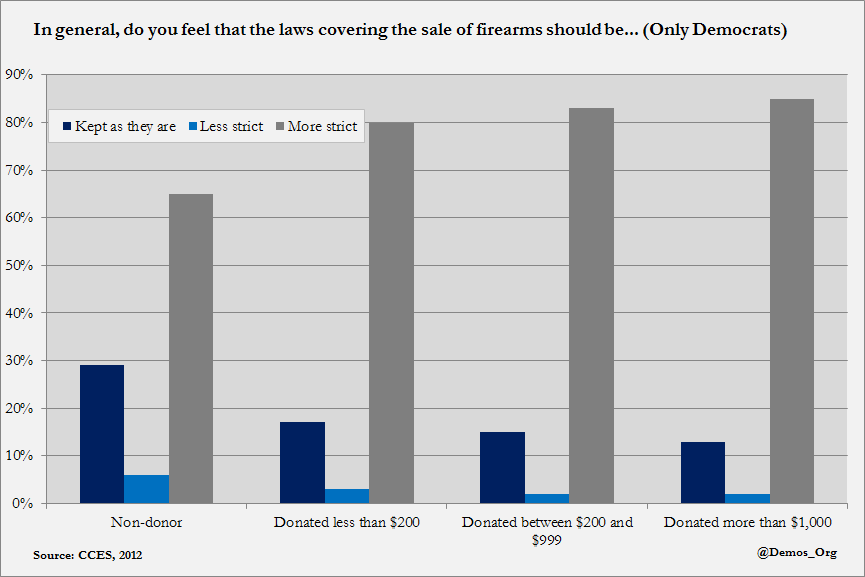 It’s not just individual donors. As I’ve noted before, data from political scientist Martin Gilens suggests that organized interests are strongly at odds with Americans on gun control. He writes, “public preferences on gun control and environmental policy are strongly opposed to interest group alignments.” And the gun lobby is powerful. Gilens notes, “By far the strongest association between interest group alignments and policy outcomes concerns gun control.” The chart below, created with data from Open Secrets, shows the large funding gap between pro-gun control and anti-gun control groups. In total, over the whole period between 1990 and 2016, anti-gun control groups have spent more than $36 million, compared to only $2 million from pro-gun control groups. 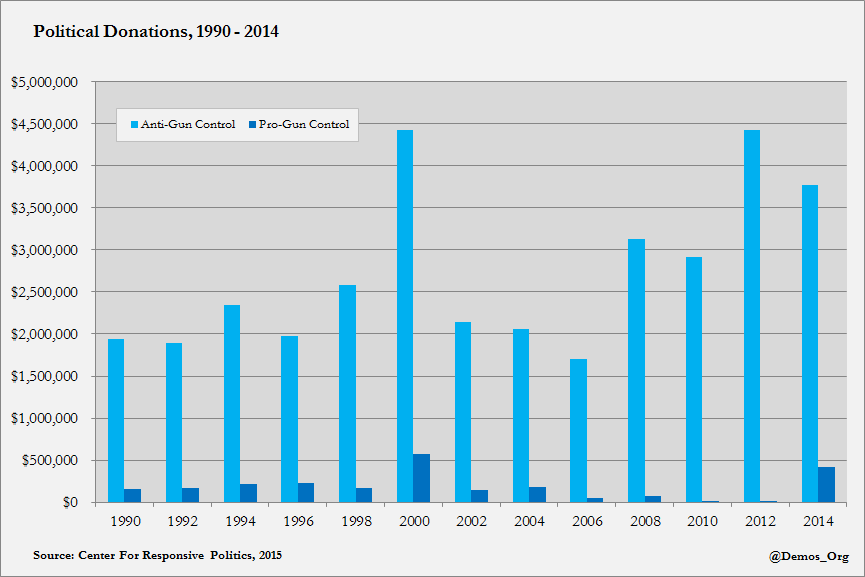 There are many reasons America doesn’t have stronger gun control, including the powerful mobilizing efforts of the lobby. But it’s clear money is also playing a role.