Despite important advances with ballot initiatives and the rise of the powerful Fight for $15 movement, there is still progress to be made on raising the minimum wage. In Missouri, Senate Republicans recently passed a law banning cities from increasing their minimum wages, just as St. Louis workers were poised to benefit from a $10 minimum wage (the GOP’s commitment to federalism mysteriously vanishes when workers might benefit). No state currently has a minimum wage of $12, much less $15 (though some states have passed laws that will eventually increase their minimum wages as high as $15). The federal minimum wage hasn’t been raised in nearly a decade, and is stuck at a mere $7.25. Some Democrats are pushing for legislation to implement a national $15 minimum wage by 2024. Here, I’ll examine who among the public supports a higher minimum wage, and whether progressives could use it to galvanize their base and bring in new supporters.

The CCES (Cooperative Congressional Election Studies) 2016 survey has a massive sample with more than 60,000 respondents, so it’s useful for exploring state-level attitudes and the preferences of specific groups (for instance, big donors). Respondents are asked whether they would support a law to increase the federal minimum wage to $12 an hour by 2020. What does the data tell us about a higher minimum wage?

First, the minimum wage hike is quite popular, gaining 68 percent support across the general population. In today’s polarized politics, few policy changes garner similar levels of support. The policy was more popular among non-voters (74 percent support) than voters (65 percent). Support for a higher minimum wage is strong across all races. Indeed, it’s even popular among those earning more than $50,000 a year. High-income whites were the least supportive (59 percent) and low-income African Americans the most supportive (91 percent). 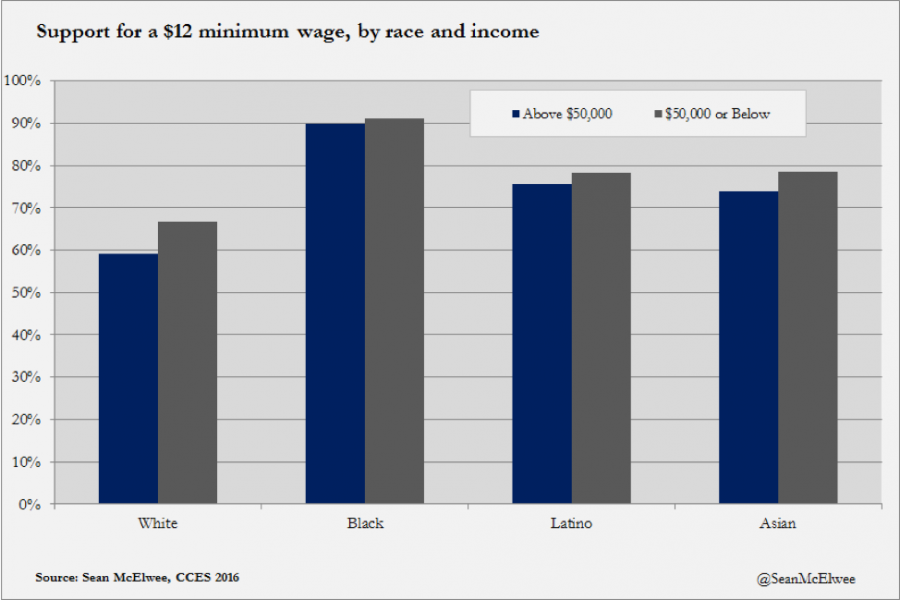 I examined support across party and donor status. Similar to the results discussed in my recent report on the donor class, Republican and Independent donors were far to the right of Republican and Independent non-donors. On the other hand, Democratic donors were only somewhat more progressive than non-donors. The difference between Democratic donors and non-donors was 5 points, compared to a 10-point gap for Independents and a 14-point gap for Republicans. A $12 minimum wage was relatively popular among Republican voters. Republican donors, particularly those giving $1,000 or more, were the least supportive of increasing the minimum wage. 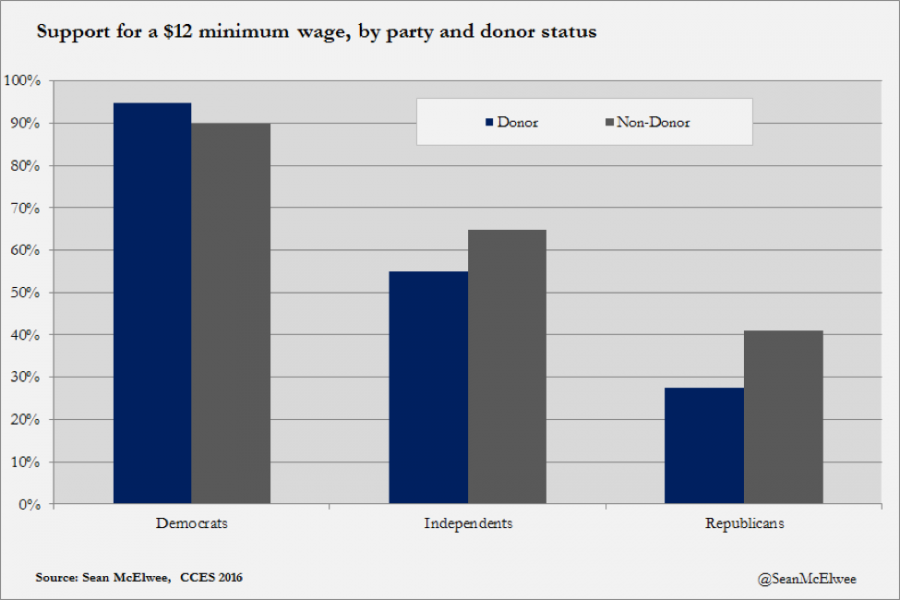 Could racism be holding back the minimum wage? I created a scale that measures different dimensions of racial attitudes, from white privilege to structural racism. Specifically, the respondents were asked whether they agreed or disagreed with these statements: 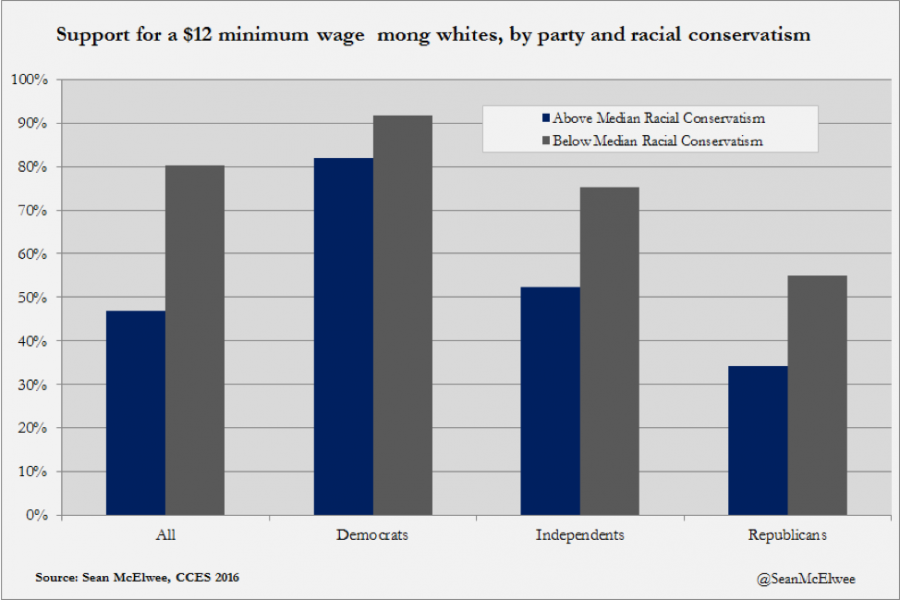 I also explored how progressives could use the minimum wage as a powerful tool in the 2018 elections. I examined 5 states with currently Republican governors. In all of these states, raising the minimum wage is quite popular with both the general public and Independent voters. 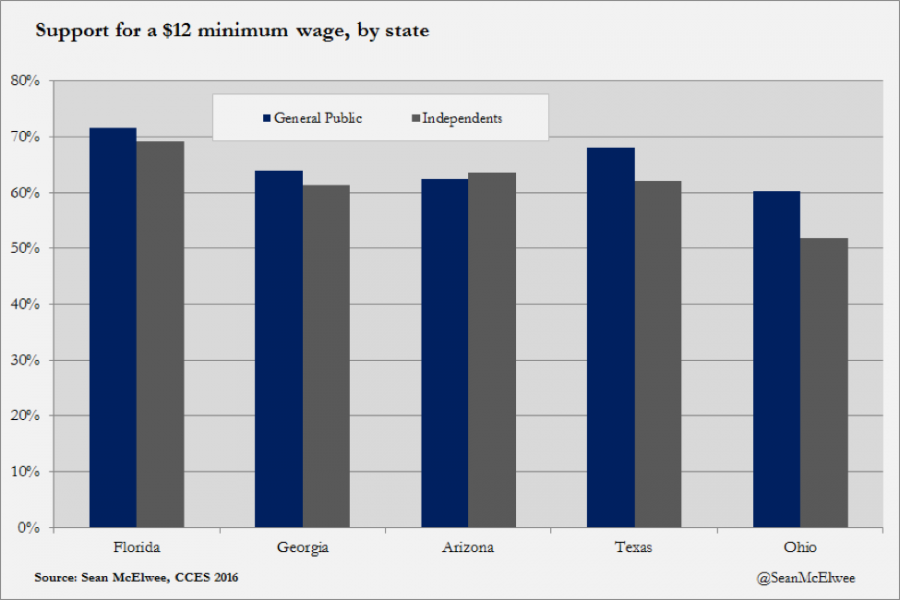 Of all the issues in American politics, raising the minimum wage is among those with the most robust long-term support. Even among Republicans, 41 percent of non-donors supported a minimum wage hike to $12 an hour. A minimum wage increase is popular across class lines: among those earning $250,000 or more, 64 percent supported a higher minimum wage. The minimum wage is an issue that could potentially bring new voters into the electorate and win over Independents. However, progressives should be cognizant of the extent to which racism works to reduce support for progressive policies, including raising the wage. Over the long term, progressives must work to build cross-racial solidarity for pro-worker policies.