The more Americans that are working, the healthier our economy. Policymakers and the Board of Governors of the Federal Reserve are supposed to strive to achieve maximum employment. The governors of the Federal Reserve, however, have begun to raise interest rates to put the brakes on the U.S. economy despite evidence that we are not yet at peak employment. The governors expect that inflation will increase when we reach peak employment, but inflation continues to be low. By their own standard, we are not there yet.

The economist Dean Baker nicely summarizes the problem. He asks why the Fed is raising interest rates.

We know this keeps people from getting jobs and workers, especially those at the bottom of the wage distribution, from getting pay increases. With no problems with inflation on the horizon, this looks like lots of pain for no obvious gain.

The governors should hold off on further interest rate increases, but the expectation is that they will continue to raise interest rates. 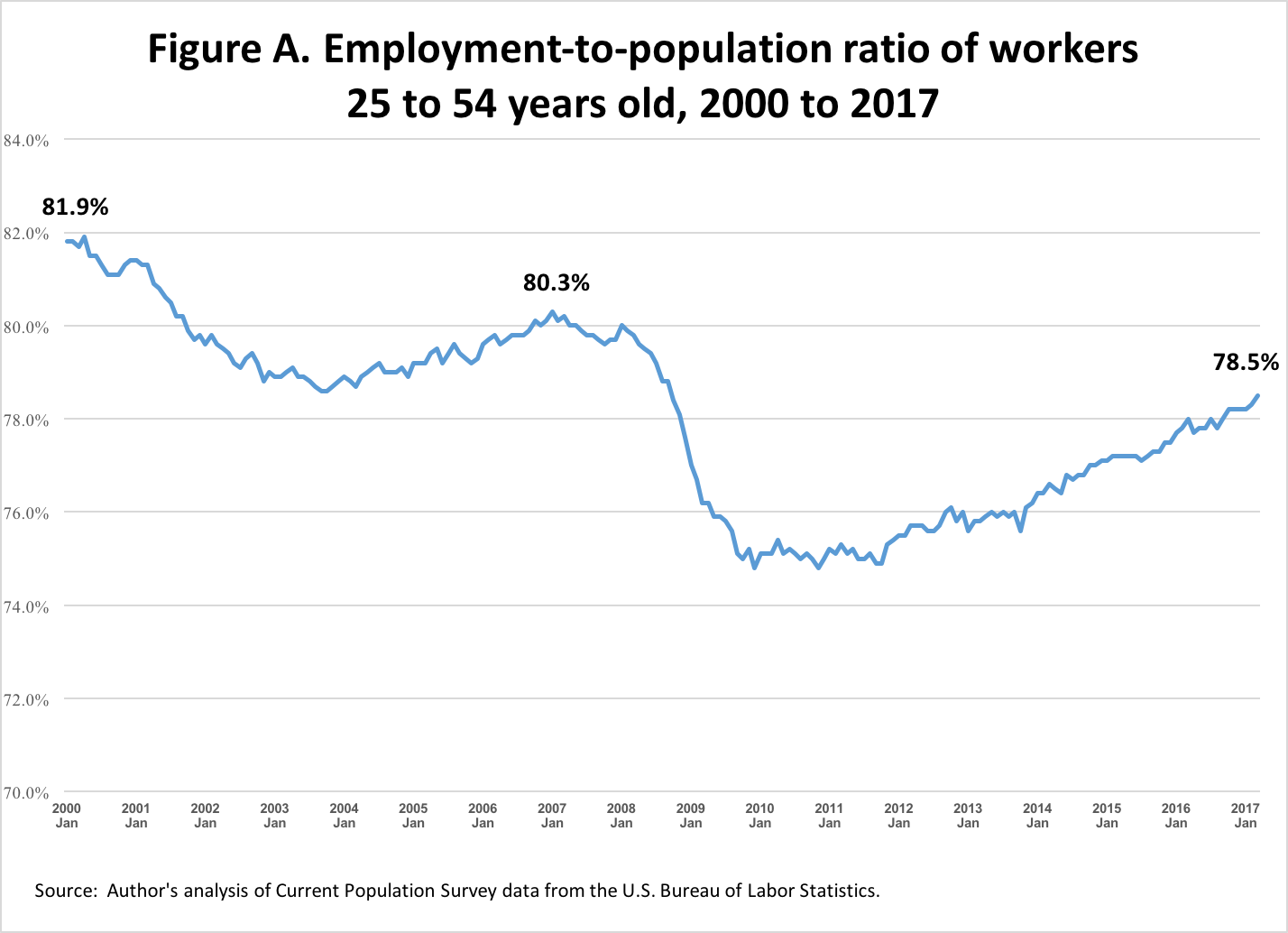 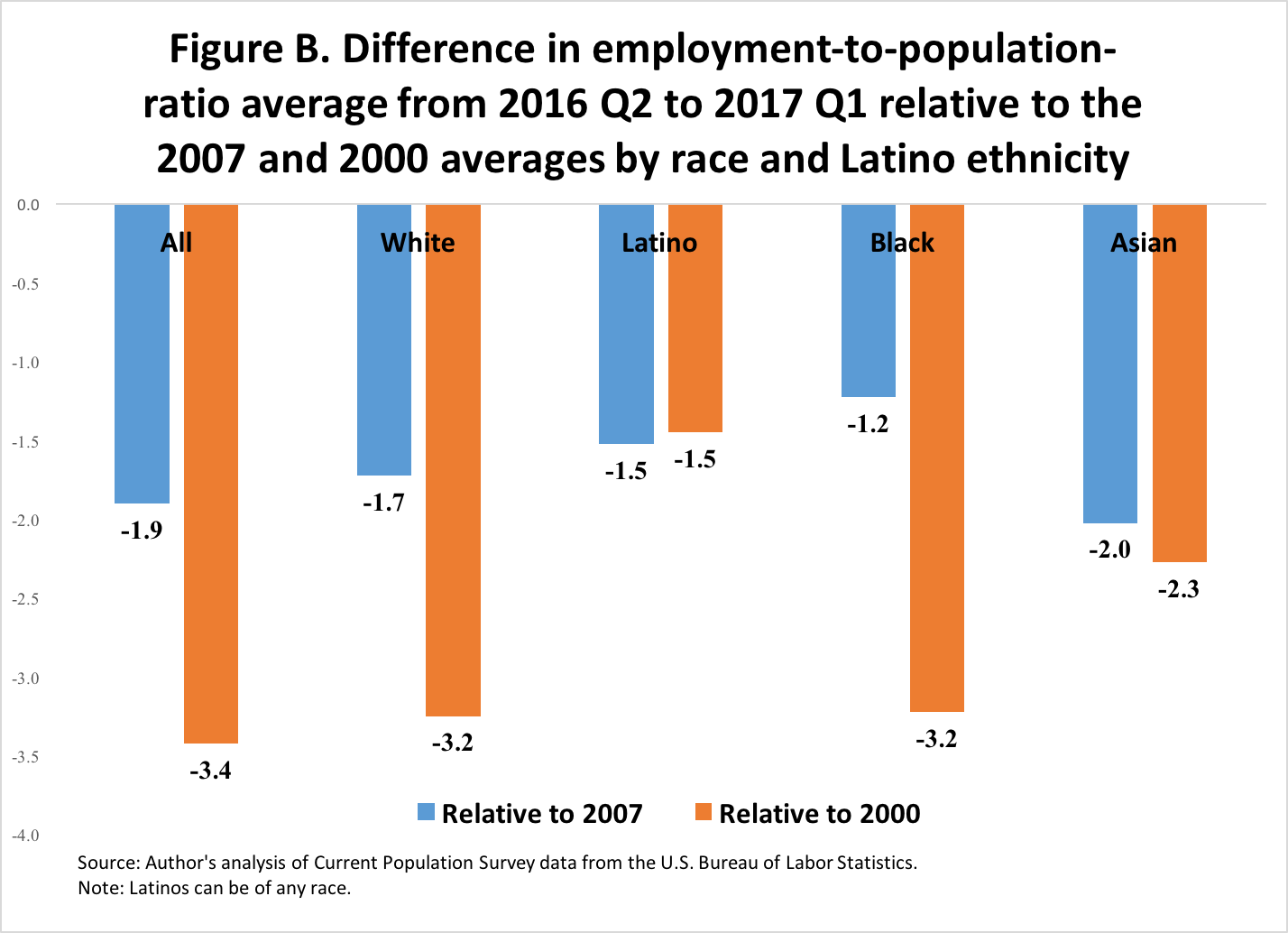 The employment-rate gap between today and the peak of the business cycle ending in 2000 is even greater. The employment rate in 2000 was 3.4 percentage points higher than our employment-rate average over the last 4 quarters. This gap translates to over 4 million “missing” jobs. This jobs gap is one of the reasons why policymakers should support the Congressional Progressive Caucus’ infrastructure plan, which will create 2.5 million jobs. Find out more about the Millions of Jobs campaign here.

Source: Author’s calculations based on Current Population Survey data from the U.S. Bureau of Labor Statistics.

The Jobs Deficit by Race

The weak jobs report that we received on Friday (June 2) for May showed a slight decline in the employment-to-population ratio. The decline in the employment rate and the weakness of wage growth provide more evidence that the economy is not overheating and that it does not yet need the Federal Reserve to cool it down. We need at least 2 million more jobs before we have a truly healthy economy. The governors of the Federal Reserve have done a lot to restore the U.S. economy back to health since the Great Recession. But now it appears that they are very eager to return to normal, less unusual practices even if we are not fully recovered. Policymakers, however, did not do enough to stimulate the economy. Today, they can make up for past misguided austerity policies by adopting the Congressional Progressive Caucus’ infrastructure plan, which promises 2.5 million jobs—enough to fully restore the American economy back to health. Find out more about the Millions of Jobs campaign here.