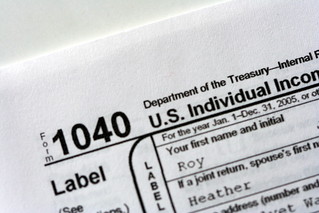 Last year, armed with data from BEA, BLS, and The Tax Foundation, I explored an age-old question: Do lower taxes translate to higher growth? After culling figures from states as varied as Texas, Minnesota, Alaska and Utah, I found that, in fact, the conservative trope "is not backed up by the facts on the ground."

Well, a new Institute on Taxation and Economic Policy study bears this out. Per Bloomberg News, the nine states with the highest personal income taxes "outperformed or kept pace on average with the nine that don’t tax their residents’ incomes," as measured by economic output, unemployment and household income.

The belief that lower taxes equals higher growth -- enshined by Arthur Laffer -- will not be shaken any time soon. As noted last year, Laffer's theory was embraced by each Republican candidate for president, including Mitt Romney. And according to his campaign website, Mr. Romney hasn't changed his mind, claiming that "marginal rates must be brought down to stimulate entrepreneurship, job creation, and investment, while still raising the revenue needed to fund a smaller, smarter, simpler government."

Per-capita economic output increased an average 10.1 percent in the nine “high-rate” states, led by Oregon, which grew 26 percent from 2001 to 2010. New York, Maryland, Vermont, Hawaii and California also grew faster than the 8.1 percent average for the 50 states.

Among states with no income tax, New Hampshire, Washington, Texas, Florida, Tennessee and Nevada had growth rates below the 50-state average, with Nevada’s economy shrinking 2.7 percent during the period. The average growth rate for the nine no-tax states was 8.7 percent. Three no-tax states grew faster than the national average, led by South Dakota and Wyoming at 22 percent.

Median household income declined an average 0.7 percent among the nine “high-rate” states, compared with a 3.5 percent drop in the nine states without such a levy. The study found no difference in the average unemployment rate between the two groups of states. The time period of the report includes the 18- month recession that ended in June 2009.

This seems fairly unequivocal. As you might expect, the study's authors do not mince words: "There is no reason," they write [pdf], "for states to expect that reducing or repealing their income taxes will improve the performance of their economies."

Unfortunately, it appears that certain states -- Oklahoma and Michigan -- will find this out the hard way.