Lessons from the LIBOR Scandal

So far, as a result of the LIBOR scandal -- in which Barclays manipulated the all-important London Inter-bank Offered Rate, which governs hundreds of trillions of dollars of loans, securities and derivatives -- the bank has been fined over $450 million by regulators and its CEO and COO have resigned. A broader investigation is underway. The implications of the episode to the new financial regulatory regime currently being implemented are wide-ranging and only slowly emerging. 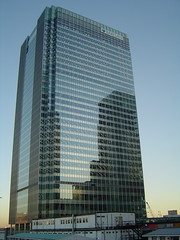 At the most fundamental level, the facts starkly illustrate the danger of universal banks in which trading activities and basic banking functions are combined. In the United States, interest groups, including the investment banks, fought the repeal of the Glass-Steagall Act for decades, warning that the incentives to tactically tie the lending and deposit businesses of commercial banks with the trading markets were so great that they could not be resisted. The opposition succumbed to the banking lobby in 1999 and the barrier to manipulation and the associated Too-Big-To-Fail risks melted away. Manipulation of LIBOR was never contemplated in the debate, but the potential for tying the functions of lending and trading certainly were. We now know that the new, deregulated financial structure ushered in a period of repeated manipulation of basic funding costs and trading market prices that probably commenced soon after the Glass-Steagall repeal.

This is intolerably risky. The larcenous purpose of manipulating LIBOR is only the tip of the iceberg. When markets are manipulated at this level, it is widely known. The disease spreads like an aggressive virus. Unregulated traders are susceptible to the notion that gaming the markets is acceptable. Their incentives are always to generate cash now. The traded markets are inherently short-term oriented. A system that allows traders license to rig outcomes through lax regulation and enforcement is unstable and financial crises are the inevitable result of exploiting anomalies and information asymmetries caused by gaming.

Firewalls between commercial banking and trading are essential for a secure financial system. Whether it is the Volcker Rule (that forbids banks from proprietary trading), a resurrected Glass-Steagall Act or the “ring fencing” of trading activities preferred by the UK regulators, a new superstructure is desperately needed. The more complex structures, which are appeasements to the banking lobby because they allow certain forms of trading, must be implemented by robust rules and diligent enforcement if repeated crises are to be avoided.

Almost as fundamental, is the question of how regulatory regimes of different jurisdictions will fit together. Today’s technology driven securities and derivatives markets defy the very concept of national boundaries. Transactions occur in cyberspace and physical location is largely irrelevant. Financial institutions have become immense international organizations with thousands of affiliates and branches operating around the world. They can locate their physical operations at any locations that provide the most permissive regulatory environments.

While the jobs, offices and servers can be anywhere, experience has proven that the risk will inevitably revert to the home country of the parent institution. After all, the transactions that laid AIG low were originated in London; and the “London Whale” that cost JP Morgan billions in a series of massively risky trades was not called he “New York Whale” for a reason. In each case, the damage was to the US institution.

The Commodity Futures Trading Commission recently issued guidance on cross-border jurisdiction. The approach adopted by the Commission after a lengthy and very public struggle to obtain a majority of votes is troubling. The guidance permits broad “substituted compliance,” in which a branch or affiliate of a U.S. institution can comply with regulations of its jurisdiction of operation if the rules are comparable to the U.S. version. Substituted compliance was pushed by the banking lobby relentlessly.

The LIBOR scandal graphically illustrates the dangers of this approach. Written rules are undoubtedly important to a regulatory regime, but so is the regulatory style and approach of the responsible agencies. As imperfect as the U.S. system is, our agencies tend to adhere to the letter of the rules more than those of other countries. It is a function of hundreds of years of government based on the letter of the law and emphasis on transparent regulation.

The closest major financial regulation to the U.S. is found in the UK. However, the danger of over reliance on substituted regulation can be easily seen in the LIBOR scandal. LIBOR is an average of bank borrowing rates that are self-reported. In the turmoil following the meltdown of 2008, Barclays and perhaps others appear to have low-balled reported borrowing rates in daily submissions to LIBOR calculation agent. The effect was to portray Barclays and the others as better credits than their actual borrowing rates would suggest. It was intended to deceive regulators and the markets.

It has been reported that the Financial Services Authority, the primary regulator in the UK knew of this activity starting in 2010. The FSA took no action. In fact, when the officer responsible for the reporting, Jerry de Missier, was appointed as Barclays Chief Operations Officer, the FSA approved the appointment. It has also been suggested that the Bank of England not only knew of the low-balling in 2008, but urged that the rates be mis-reported.

Even in the best foreign jurisdiction, a mechanical comparison of written rules is insufficient. If the CFTC allows substituted compliance, it must constantly review the jurisdictions approach to regulation. The prospects for this approach are murky, to say the least.