How McCutcheon Will Make Raising the Minimum Wage Even Harder

The last two weeks have further intensified the pernicious effect of the dominance of the donor class on the interests of most Americans.

In McCutcheon v. FEC, the Roberts Court continued the trajectory of Citizens United and struck down aggregate contribution limits of $123,200 (already more than double the median household income). Wealthy donors, who already hold unbelievable sway in Washington, can now give up to $3.5 million federal parties, candidates and committees. This will bring a flood of cash; Demos projects that elite donors (those at, over, or within 10 percent of the contribution limit) will give over a billion more in campaign contributions through the 2020 cycle as a result. 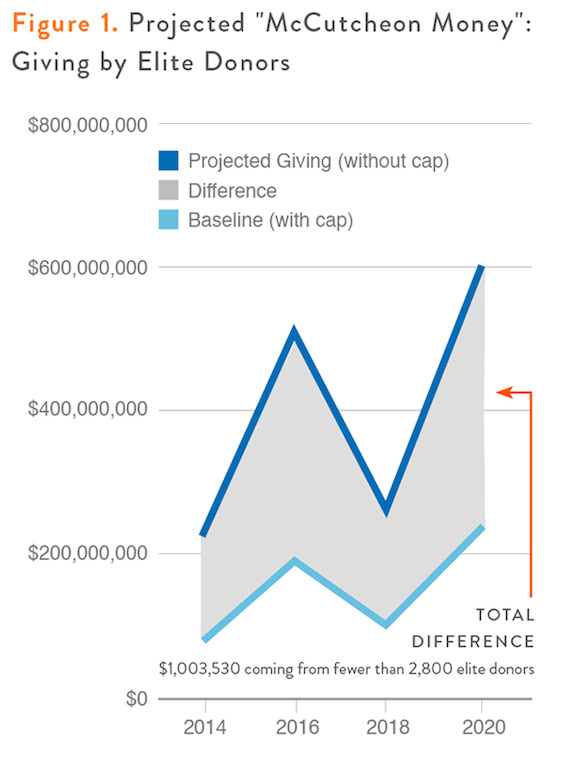 The inability of Washington to raise the minimum wage is a prime example of how that elite donor dominance impacts real-world policymaking. Last week, House Republicans unanimiously voted down the President's proposal to increase the minimum wage to $10.10 an hour over three years. This flies in the face of popular will. A March Bloomberg poll showed nearly three-quarters of respondents backing the President's proposal to raise the minimum wage to $10.10 an hour. Yet only 40 percent of the wealthy Americans agree. Those Americans, who our lawmakers hear from the most, largely don't support a minimum wage increase and their preferences hold undue sway in Washington because of a broken campaign finance system.

The implication of the divergence between the public and elites, which Demos explored in Stacked Deck, is why McCutcheon matters so much. A flood of money from a donor class that doesn't see eye-to-eye with the public makes a minimum wage increase even less likely. Political and economic inequality will continue to mutually reinforce.

See the infographic below for more on how the opinions of the donor class shape the policies that Washington pursues.