The Government by the People Act: An Antidote to Concentrated Wealth 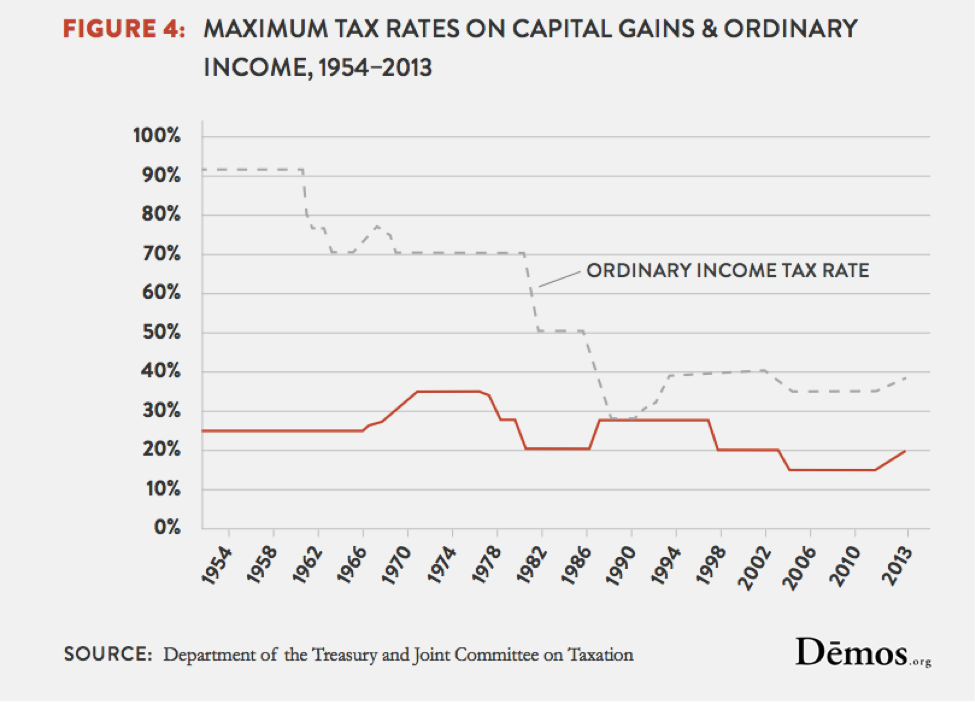 As we detailed in Stacked Deck, the reason the capital gains tax rate is so low is because it reflects the priorities of the affluent, who dominate our political and electoral system. When compared to the minimum wage, which would impact far more people, the capital gains rate has received incredibly favorable treatment. The reason is simple: Affluent and business interests spend millions of dollars on campaigns and lobbying to ensure that their priorities advance. A broken campaign finance system allows this dynamic to thrive, while millions of working families struggle with a minimum wage that is lower in real value than it was in 1968.

But, there is something we can do. A new bill introduced by Rep. John Sarbanes, the Government by the People Act, in the House would create a robust public financing system that would amplify the voices of the average American. A similiar bill, the Fair Elections Now Act, was introduced by Sen. Dick Durbin yesterday.

My colleague, Adam Lioz, has a great breakdown of what is included in the Government by the People Act, and why it is important.

The Act does four important things:

The Act raises the voice of small donors and increases their influence. For example, a $50 donation would become $350 with the match, which provides incentives for candidates to court small donors and be accountable to small donor concerns and priorities. Candidates also hear from a more diverse constituency, rather than a few, elite donors.

Public financing works. As we showed in our analysis of Connecticut’s public financing system, once the system was adopted, the legislature passed policies that reflected the priorities of working families, including a minimum wage increase, the first state-wide paid sick days bill, and a state Earned Income Tax Credit. The legislature also diversified with more women and people of color, more accurately reflecting the demographics of the state overall.

Until we remove the toxic influence of money in our political and electoral systems, we can expect more and more concentrated wealth, which is bad for our economy and our democracy.