Five Years After Lehman and the American Public Is Still Outraged 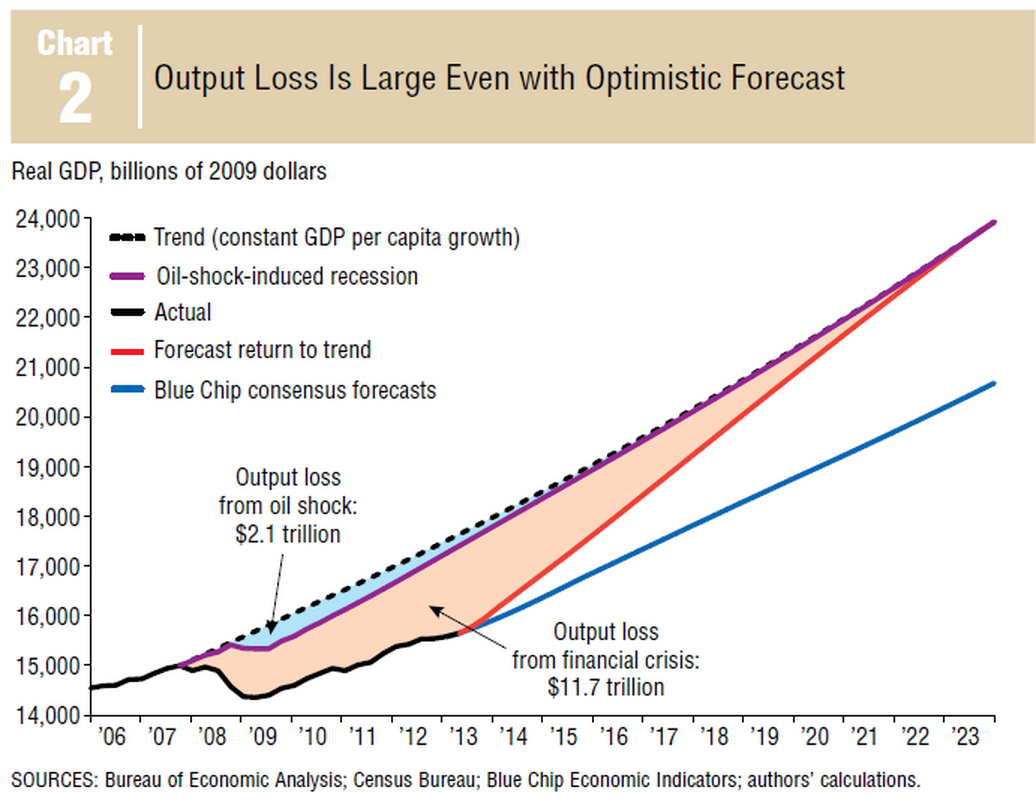 It’s the fifth anniversary of the bankruptcy of Lehman Brothers this week and the US still hasn’t recovered. After an anemic recovery, in which per capita output failed to rebound as quickly it had previously, we remain far below our economic potential. A Dallas Fed letter, pictured above, reveals the extent: Assuming we eventually return to the higher trend of growth prior to the recession, the crisis will cost an estimated $50,000 to $120,000 per household, representing 40 to 90 percent of a year’s economic output lost.

And Americans remain outraged. According to a new poll by the Americans for Financial Reform, almost three quarters of the public support measures to restrain the excesses of the financial sector, an increase from 59 percent in 2012. This unites Democrats, Independents and Republicans, with 89, 82 and 79 percent, respectively, supporting tougher regulation of Wall Street financial companies. Finally, nine out of ten Americans rank regulating financial products as important or very important.

Yet there remains much to be done to make that public will a reality. Many of the rules proposed in Dodd-Frank haven’t been finalized, with 60 percent of deadlines missed, even as the biggest banks are larger than they were before the crisis. A report in the Wall Street Journal morning finds that the SEC continues to delay the enactment the Volcker Rule, with top regulators arguing for years over aspects as trivial as the location of meetings.

But despite the slow progress, the AFR polls shows the legacy of Lehman remains alive and well in public opinion.