The Financialization of US Higher Education

On the one hand, 1) endowments provided highly concentrated net increases net resources for a small number of elite private universities during the first decade of the 21st century. On the other hand, colleges and students experienced broad increases in net financing costs from: 2) institutional borrowing by public and non-profit colleges, 3) operating margins at for-profit colleges for equity investors, and 4) interest payments on student loans. Estimated annual funding from endowment investments grew from $16 billion in 2003 to $20 billion in 2012. Meanwhile financing costs grew from $21 billion in 2003 to $48 billion in 2012, or from 5 to 9% of the total higher education spending.

Some other key findings include:

Here’s a figure from the paper showing the growing inequality in funding per student from endowments: 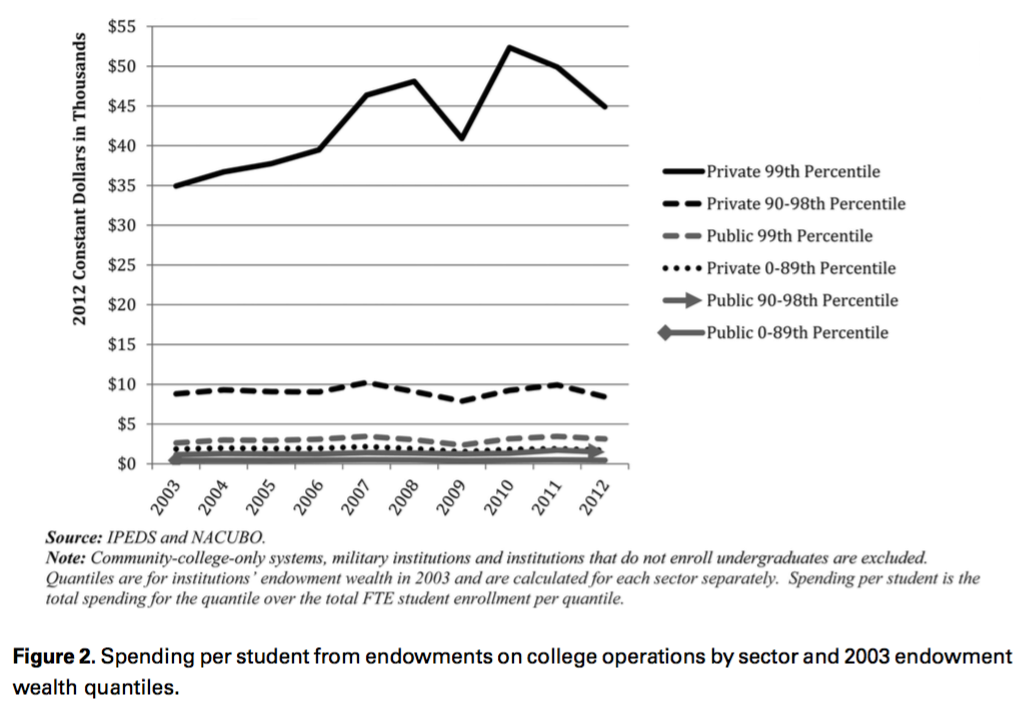 On the other hand, student loan borrowing actually decreased at the wealthiest private schools while increasing everywhere else: 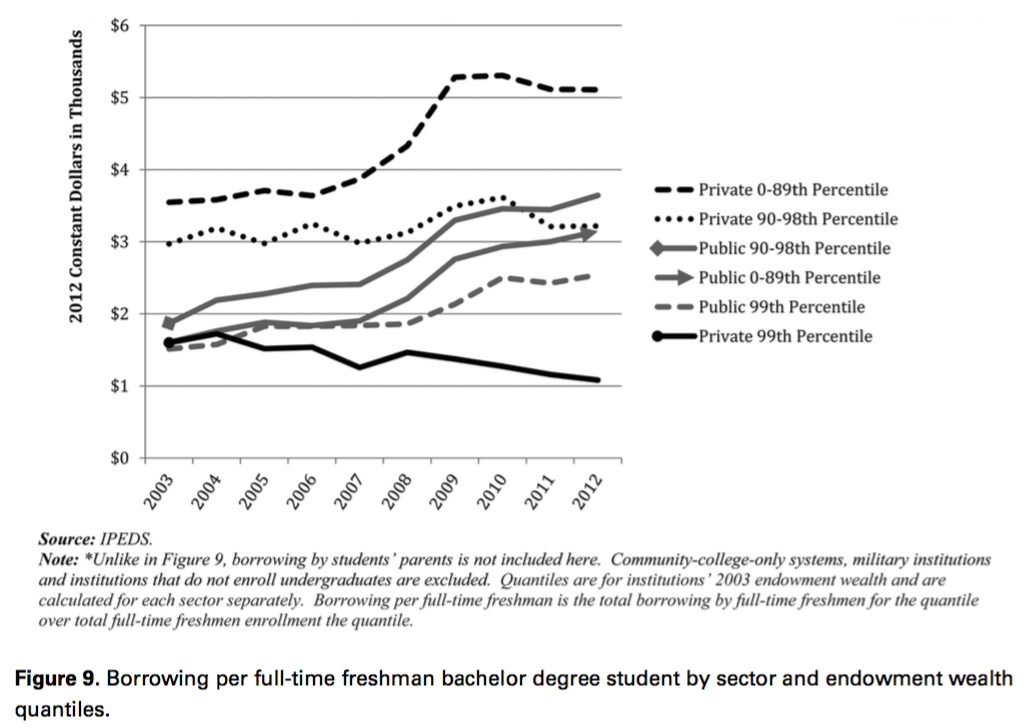 The findings, however, were not all bad news. The researchers noted that public backlash and the regulatory crackdown by the Obama administration of for-profit colleges have substantially cut the profits of equity investors from for-profit colleges. Members of the research team are also at work on a new study regarding how students and their allies have built successful new political coalitions to make public colleges more affordable and reduce the costs of student loans. These efforts by activists created the climate for dueling proposals from Presidential candidates Bernie Sanders and Hillary Clinton for free or debt-free college.