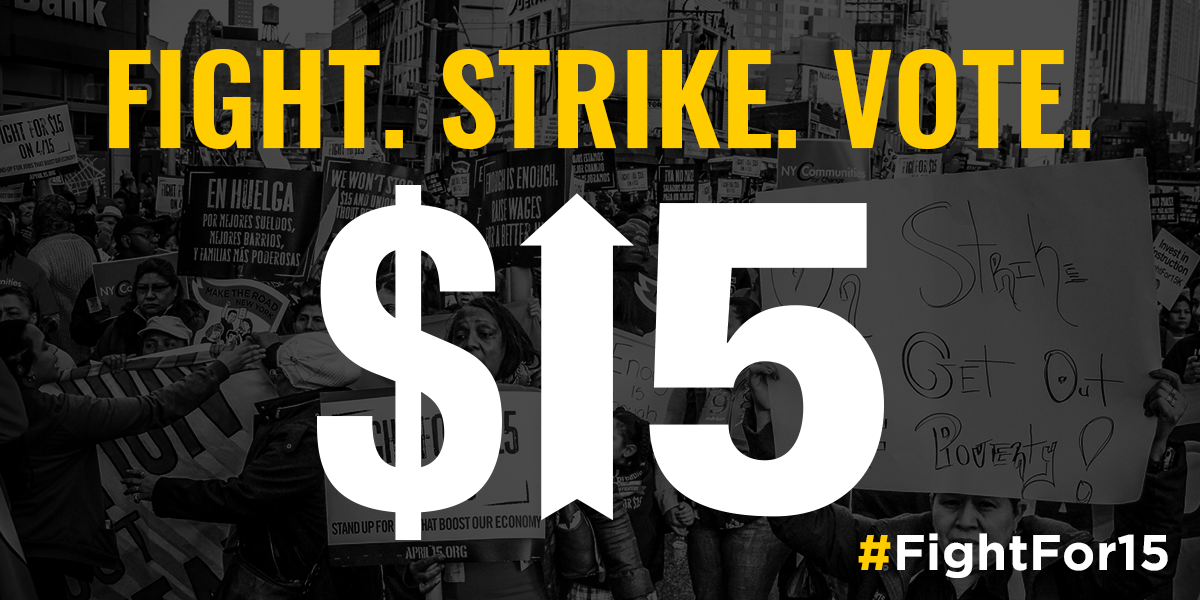 As you read this, workers across the country from retail, fast food, home care, and the federal government are launching one of the biggest strikes yet, calling for $15 an hour and collective bargaining rights. Together, they make up the American working class, the backbone of our economy, and they are sounding the alarm that they will no longer stand for meager wages and poor working conditions.

Over the past few years, these brave workers, the most racially diverse our nation has ever seen, have reinvigorated our labor movement and have inspired a new generation to fight for what we once considered standard perks: a decent paycheck, a stable schedule with enough hours, and paid time-off when they or their children are sick. It’s time politicians answer their call.

Joining striking workers is how we turn back the tide against rampant income inequality. Sign their petition to show they can count on your vote.

A revived and new working class is critical to repair our nation’s social and economic divides. But we face major challenges—Supreme Court decisions have greatly expanded the role and influence of big money in politics just as state laws have aggressively curtailed the ability for workers to form unions.

But as today’s actions demonstrate, American workers will not be silenced, and their rising call for decent pay, rights, and respect should give us hope. They’ve already redefined what’s considered mainstream in our political debate about wages. Indeed, it wasn’t too long ago that the need to increase wages wasn’t even a topic. Now it’s a central component of the national conversation. This is only the beginning.

As the presidential cycle heats up, it’s time all candidates acknowledge the economic struggles of the working class, and propose serious policies to address their concerns. Empowering them is our best chance to return to the shared values of economic opportunity and widely shared prosperity.