This Equal Pay Day: A Reminder of the Importance of Intersectionality

Today is Equal Pay Day. Counting from January 2016, the average woman has just earned as much as the average man did by December 31. In other words, it took her 15 months to earn what the average man earned in 12.

This gap is a result of many different factors:

As Economic Policy Institute’s Jessica Schneider and Elise Gould put it: “The gender pay gap is driven at least in part by the cumulative impact of many instances over the course of women’s lives when they are treated differently than their male peers.” From a very early age, girls are often steered toward gender-normative interests, careers, and expectations, the outcomes of which persist throughout their lives.

Equal Pay Day shows the impact of systemic sexism on the opportunities available to women. It is vital to tell the more complex story of the roles that both systemic sexism and racism play in determining women’s life chances.

In fact, there is not one Equal Pay Day, but many. Equal Pay Today has shown that the average woman will not see her Equal Pay Day relative to non-Latino white men for some time yet: 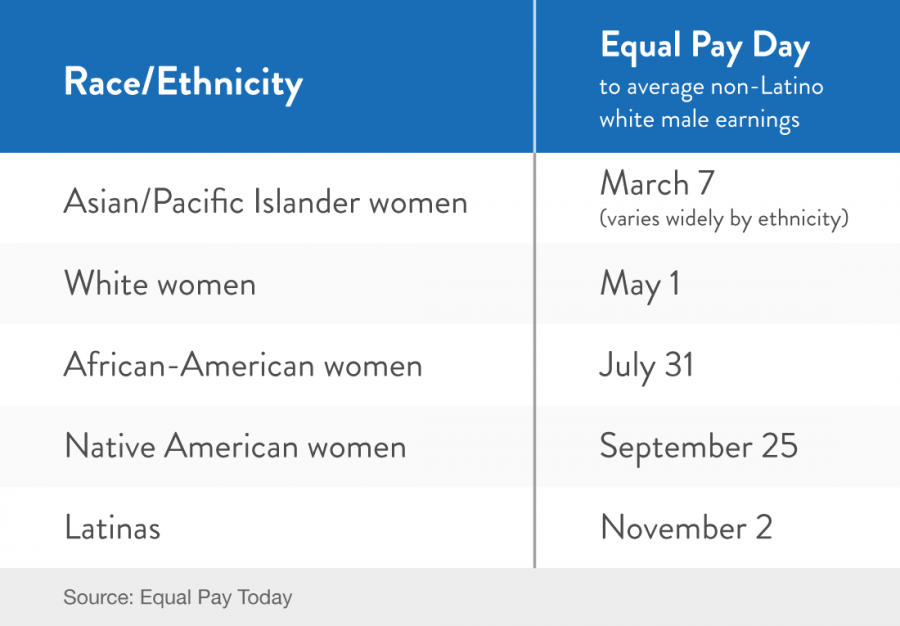 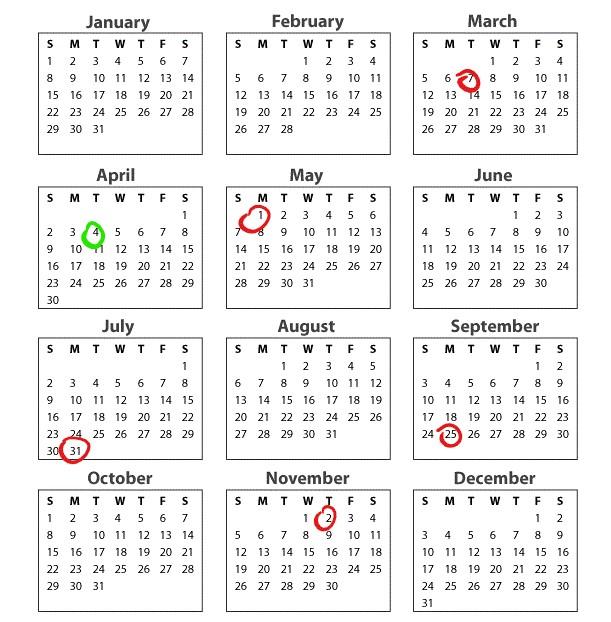 In other words, the average African-American woman will work 20 months and the average Latina will work 22 months to earn what the average non-Latino, white male earned in 12 months in 2016.

The National Women’s Law Center illustrates the difference closing the average wage gap would make in real terms, estimating that, were the gap closed, the average woman could cover 3 months of groceries, rent, utilities, child care, and health care premiums, as well as 6 months of student loan payments and 9 tanks of gas!

The material consequences of these pay disparities are significant, and are compounded by non-monetary tolls of this ongoing devaluation of women workers, particularly women workers of color. The recent #BlackWomenAtWork flashpoint offers example after example of how black women have been reminded that our presence in the workplace is too often underappreciated, our authority undermined, and our labor undervalued. The hashtag began trending after two incidents:

The incidents and practices that women have posted about illuminate part of the hostile landscape facing Black women.

In 2016, LeanIn.Org and McKinsey & Company studied the dynamics facing women in corporate America (a very specific subset, to be sure) and found contrary to the common mythology that women don’t advocate for ourselves, that:

The solutions, then, do not rest on the shoulders of individual women. Instead, we have to update our policies and practices—both through government and employers—to:

Demos stands in solidarity with women who face inequality in the workforce and we invite you to join the discussion of how our country can work together to address this problem. Economic Policy Institute and the National Women’s Law Center have put forward robust and effective policy proposals.