For the Effects of Voting, Look to Policy, Not Elections

President Obama’s recent comments on universal voting have spurred a debate about how such a policy would influence elections. On the Monkey Cage blog, John Sides examines the partisan consequences and argues that turnout would generally benefit Democrats, but that the effect would be modest. His own research, with Jack Citrin and Eric Schickler concludes, “although Democrats fare better in each scenario, few outcomes would have changed.” He does note that both the 2000 and 2004 elections would have been different with universal turnout.

While these questions are indeed interesting, I’m more interested in the policy consequences of universal turnout. After all, the most important political change in the last three decades hasn't occurred between parties, but rather within parties: the Tea Party pulling the Republicans right and a more wealthy and elite Democratic party abandoning union-type policies.

So what do we know about the policy consequences? 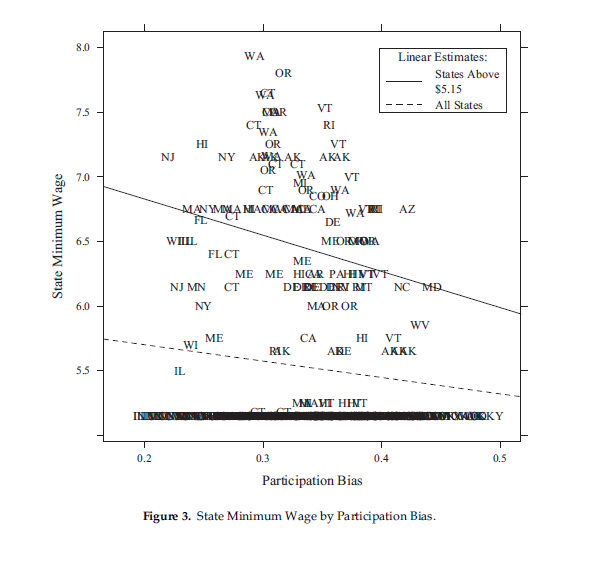 In a previous Demos blog post, I briefly explored some international evidence supporting this argument. Here, I’d like to briefly explore some historical precedents.

In none of these cases did one party permanently declare victory. Rather, the electoral calculus of one or both parties shifted. The reason we should have universal turnout is not to give one party permanent hegemony. In fact, Timothy Besley, Torsten Persson and Daniel Sturm find that party competition boosts growth, “political competition have quantitatively important effects on state income growth, state policies, and quality of Governors.” They estimate that the Voting Rights Act boosted long-term per capita income by 20 percent in states that were affected.

Universal voting would make democracy better by increasing the representativeness of politicians to the needs of those who currently don’t vote.

1. Franko also replicated his study using validated data in the wake of Ansolabehere and Hersh.