J. Mijin Cha
When politics is dominated by the wealthy, the interests of the wealthy are advanced whilelower income and working families are ignored.
Image
Economic Justice
Democratic Reform

Campaign contributions from the top 0.01 percent of income have risen dramatically and, increasingly, a handful of super wealthy individuals are dominating political spending. As the paper highlights:

In 1980, the top contributor was Cecil R. Haden, owner of the tugboat operator Bay-Houston Towing, who gave $1.72 million (in 2012 dollars), nearly six times the amount given by the next largest contributor. In 2012, the two largest donors were Sheldon and Miriam Adelson, who gave $56.8 million and $46.6 million, respectively. 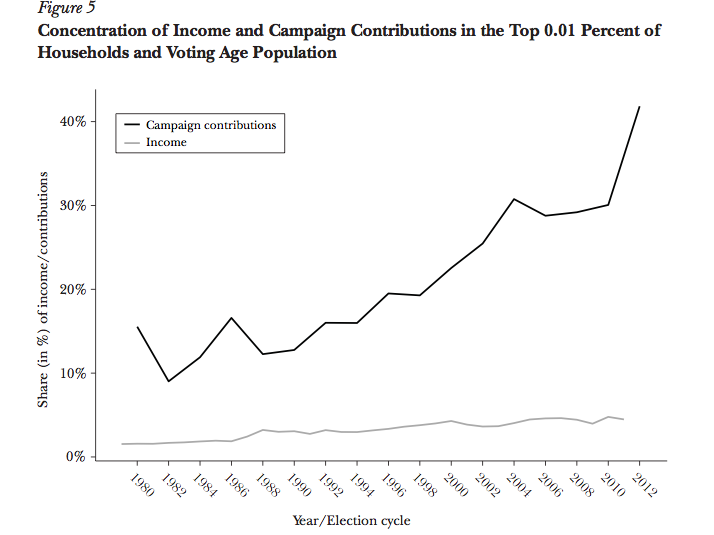 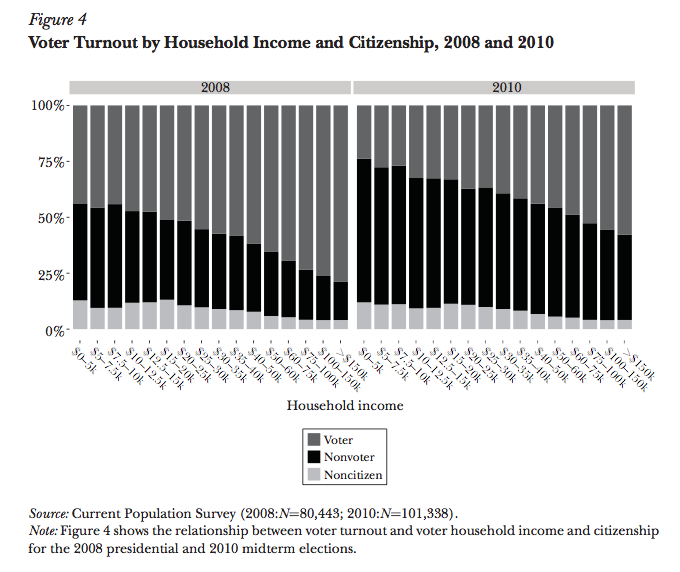 The result is that elected officials are very responsive to wealthy interests and virtually unresponsive to poor and lower income households. Decreasing economic inequality is not as relevant the wealthy, hence the limited action and response to rising inequality.

The paper also points out that the revolving door between politics and the private sector also contributes to advancing corporate and affluent interests:

One view is that these people are dedicated public servants who sacrifice financial gain to serve the American public. The other is that the revolving door, even with the best of intentions, clouds their decision making. Revolving door jobs, lobbying, and campaign contributions by the rich, when coupled with free market ideological proclivities in the voting population, are likely to have abetted the increase in inequality.

Until we remove the corrosive influence of money in our electoral system and protect individual’s right to vote, we can expect this cycle to not only continue but become even more pronounced.