About a year ago this month, Trump boasted—in an effort to distinguish himself from his Republican running mates and all GOP candidates before him—that he had no intention of making cuts to Social Security, Medicare, or Medicaid. In a January 2017 interview with the Washington Post, he promised that his replacement plan for the Affordable Care Act would provide “insurance for everybody.”

On Tuesday, the Trump administration unveiled its budget proposal for medical research and health care, revealing their intent to cut $610 billion from Medicaid and the Children’s Health Insurance Program over the next decade. These cuts are in addition to a greater than $800 billion cut to Medicaid proposed in the American Health Care Act passed by the House on May 4th.

Medicaid and the Children’s Health Insurance Program (CHIP)—a vital complement to Medicaid—serve as essential sources of health care coverage for nearly 4 in 10 children in the United States. As of March of this year, 35,781,107 children were enrolled in Medicaid or CHIP.[1] Children represent over half of total Medicaid and CHIP enrollment (74,600,261). According to the Kaiser Family Foundation, of the 11.2 million children (15 percent of all children) with special health care needs, almost half (44 percent) are covered by CHIP, Medicaid, and other public health insurance programs. 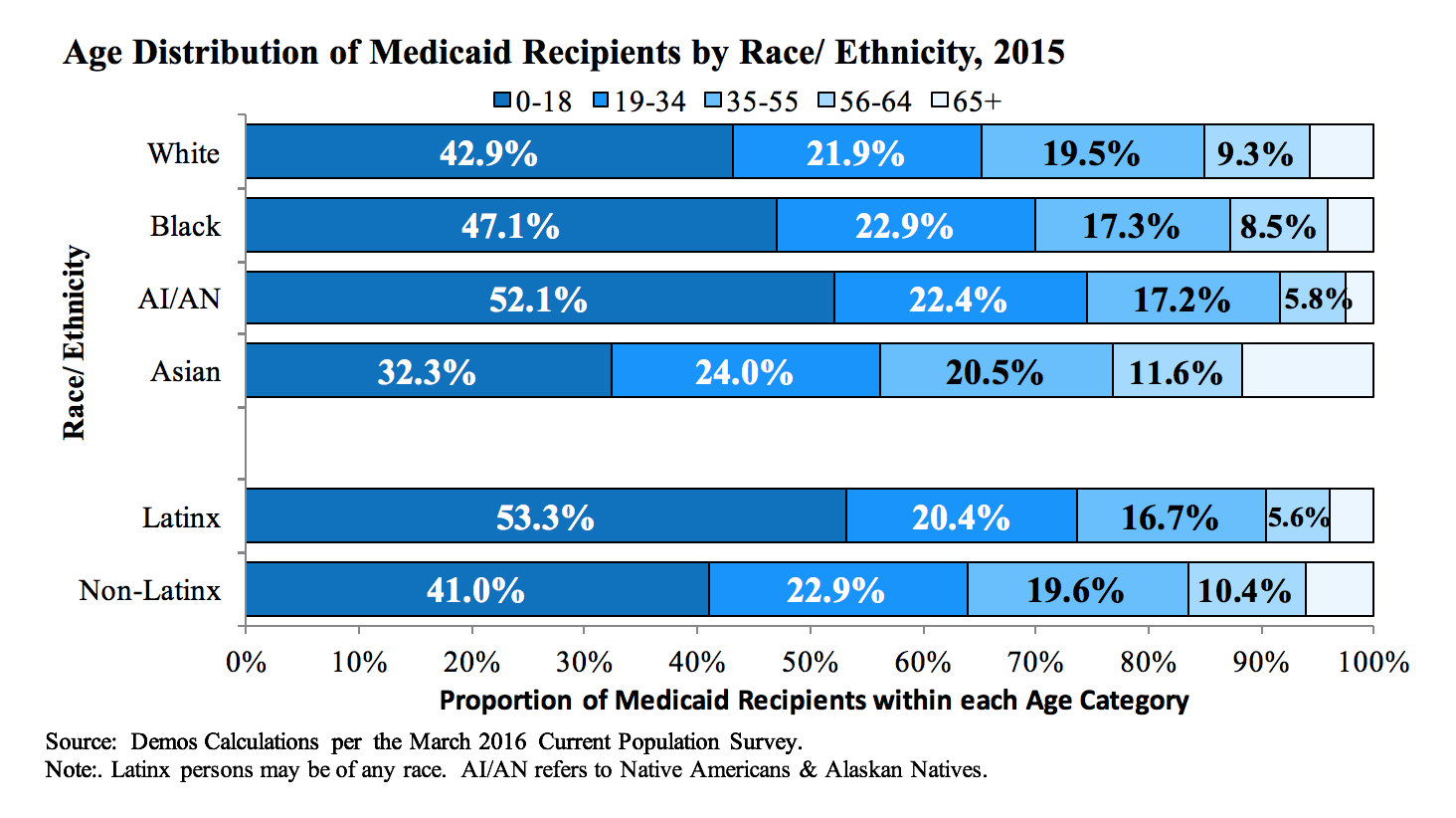 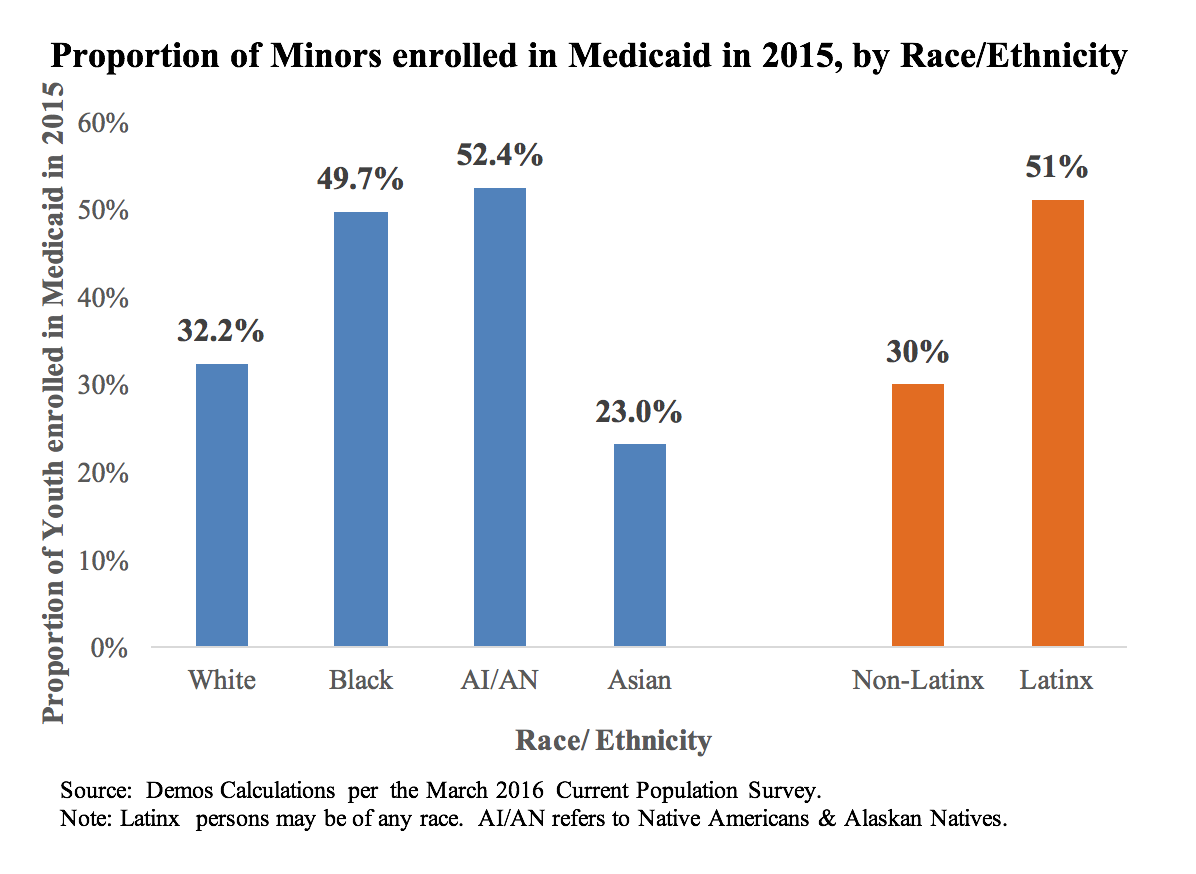 In an essay published in The Nation, Demos president Heather McGhee and Berkeley Law professor Ian Haney López characterize the effect of conservative economic regime changes such as Trump’s cuts to public welfare programs as “drain[ing] the swimming pool of economic opportunity rather than let[ting] people of color swim, too.” When public welfare provision is informed by racial and ethnic stigma attached to the way we think about class (particularly poverty), everybody loses—even struggling white people. Since the Reagan era, racism has become a broad example of cutting off one’s nose to spite its face. The impact of budget cuts to Medicaid on all youth and all poor people who benefit from such a program is a prime demonstration of this. While a higher proportion of youth of color are enrolled in Medicaid, young white Medicaid recipients—who make up the majority of all Medicaid enrollees—still lose.

Under the proposed budget, the Kaiser Family Foundation found that roughly half the states will lose federal matching funds for children, due to the new cap on federal matching funds set at 250 percent of the federal poverty line[2]. This reduces eligibility for all children. Additionally, budget cuts to Medicaid and CHIP severely reduce federal financing for children’s coverage. This increased inflexibility for coverage reduces access to care, could pose negative effects on child health, and increases financing pressures on states and health providers.