It’s their fifth strike in five months, but the workers of Good Jobs Nation didn’t seem the least bit tired this morning. Low-paid employees from the food courts of federal buildings, the gift shops of the Smithsonian, and others employed under federal contracts, concessions, and lease agreements donned matching t-shirts, picked up signs and marched to the White House. 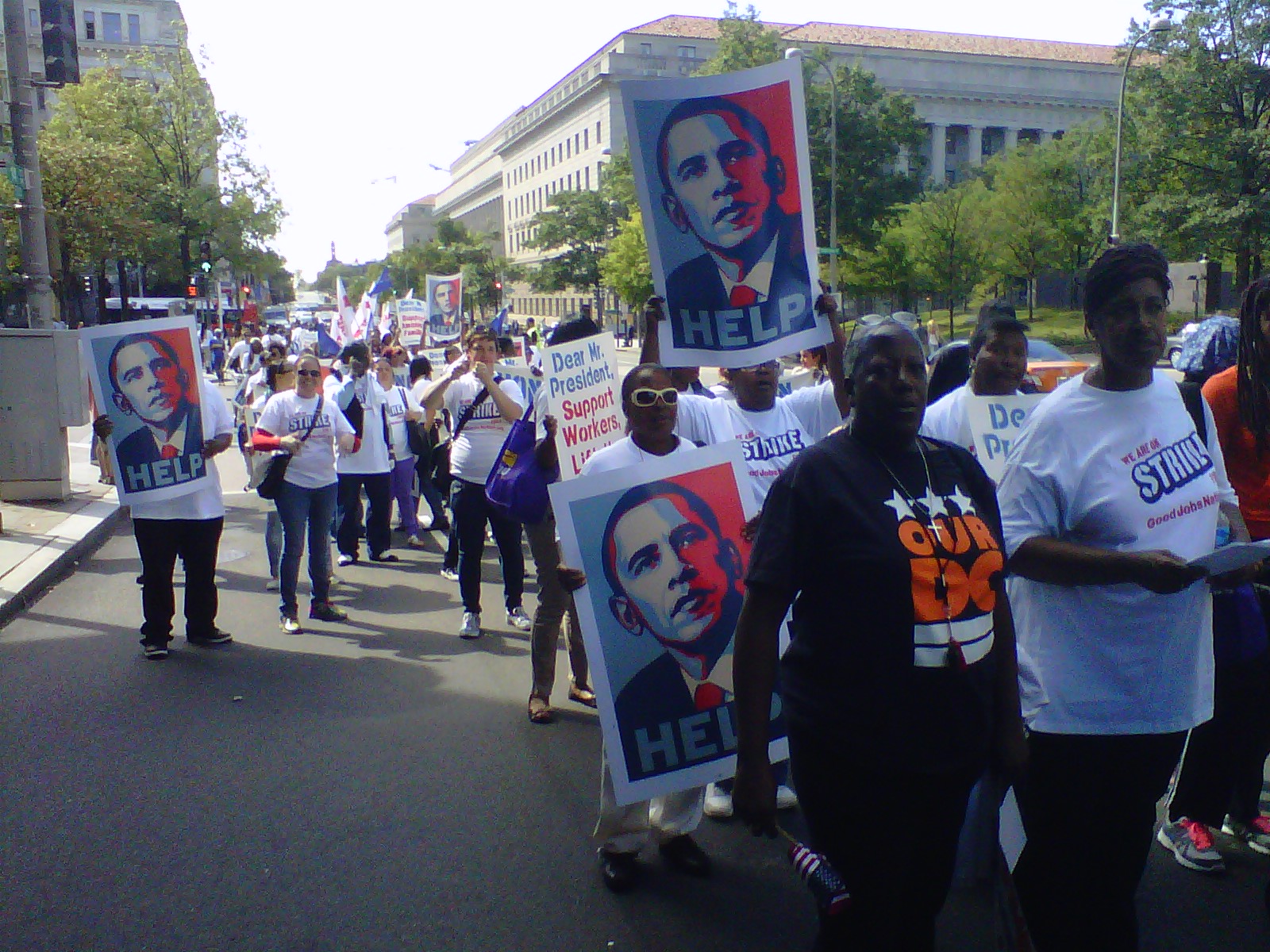 Congress might be locked in endless, dismal debates about defunding health care and cutting food stamps, but President Obama—the man who recently said reversing rising inequality was his highest priority,—could sign an executive order with the potential to raise wages for 560,000 low-paid contract employees. The workers delivered a petition with 250,000 signatures calling on the President to take action. Fifteen U.S. Senators submitted their own letter, urging President Obama to use his executive authority to “require federal agencies to give major preference in awarding contracts to companies that… pay their workers decent wages and benefits.”

In May, my colleague Robert Hiltonsmith and I released a study quantifying the number of poorly-paid workers employed through federal contracts, medical payments, and other funding mechanisms. But we also recognized another element of rising inequality on the public dime: federal subsidizes for sky-high executive pay.

In a research brief released this week, we estimate that taxpayers pay an estimated $23.9 billions every year towards the pay of contracting executives and other highly compensated workers. Under current law, contractors can bill the public for as much as $760,000 per executive. If this amount were capped at an amount equivalent to the salary of the Vice President of the United States, we find that the public would save an estimated $7 billion per year. Companies could continue to pay their executives whatever exorbitant amount they chose, of course, but taxpayers would subsidize a bit less of it.

The savings—the fruit of taxpayer subsidized inequality—could be used to offer low-paid contract workers organizing with Good Jobs Nation a far higher wage. Instead of being an engine of inequality, federal contracting could become a model of fair pay and a mechanism for greater equity.  That’s something worth marching on the White House for.