Black Wealth Increases for the First Time This Century

Newly released data from the Federal Reserve’s Survey of Consumer Finances reveal that the downward slide in wealth for African Americans in the 21st century is finally over. The Survey of Consumer Finances is conducted every 3 years. The data from the 2016 survey show the first increase in net worth (i.e., assets minus debts) for non-Latino black families since the 2001 survey. 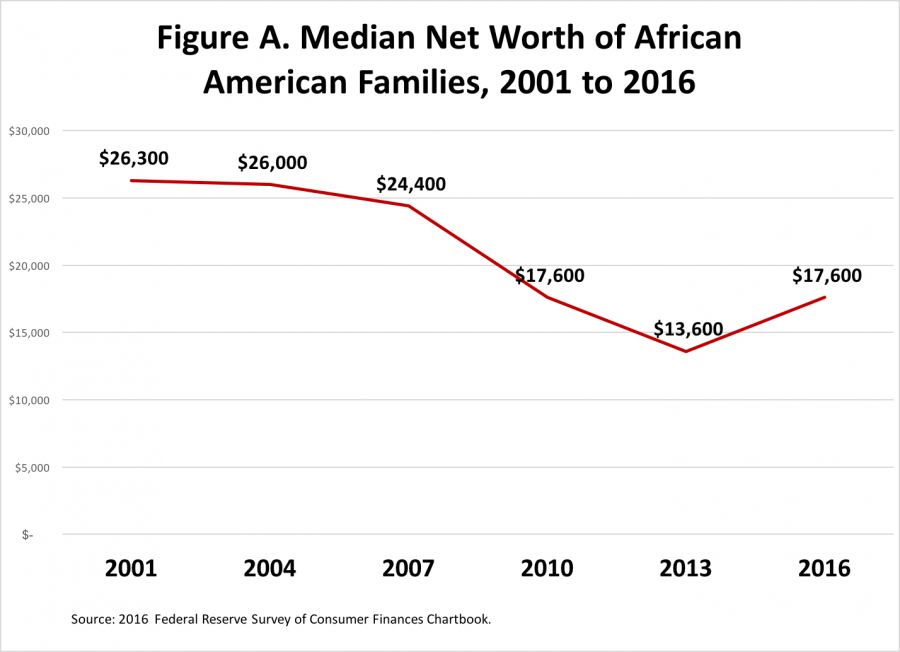 Although African American families did not see their wealth increase during the housing boom, they did suffer during the housing bust. Over the course of the Great Recession, black wealth declined substantially from 2007 to 2010. And then, after the recession, it continued to decline into 2013, even as white net worth began to recover.

Now that downward slide is finally over, but huge racial disparities remain. Although black families had a greater percentage-point increase in wealth than white families from 2013 to 2016 (an increase of 29 percent versus 17 percent), white wealth still dwarfs black wealth, as it has for all of American history. As Figure B shows, in 2016, the median white family had a net worth of $171,000—10 times the amount for black families. 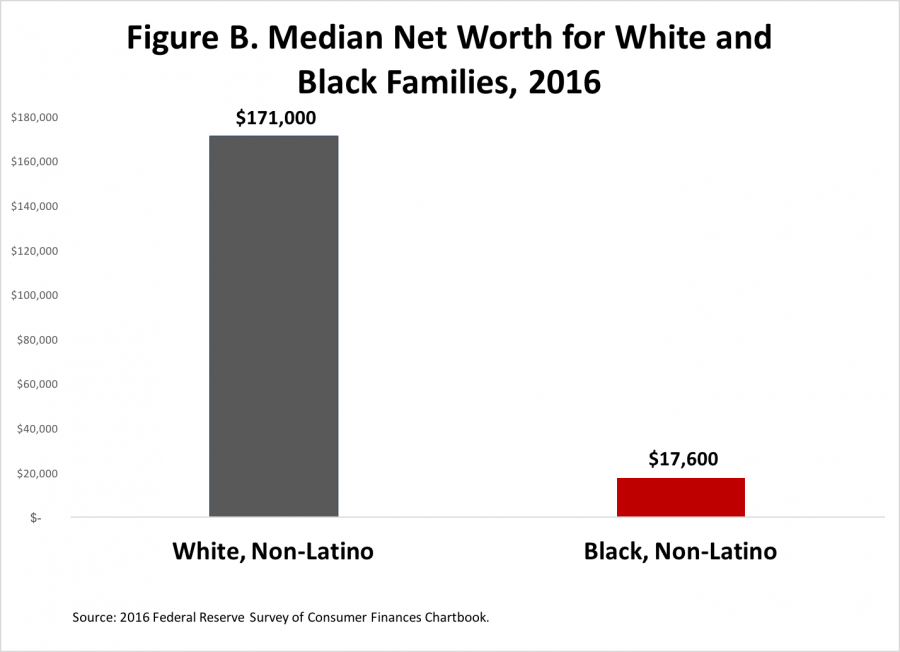 Many Americans believe that we have achieved black-white racial economic equality, but the data continue to show that we have a long way to go. For centuries, we have had policies to help white families build wealth at the expense of black families. We now need policies that explicitly focus on achieving racial equity.